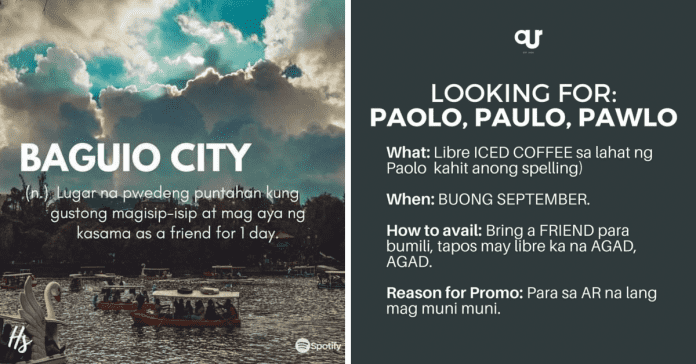 Not long after Paolo Contis defended Yen Santos against third party allegations, the phrase “as a friend” trended and inspired memes via social media.

Paolo earlier broke his silence over his controversial split with ex-partner LJ Reyes in hopes of putting a stop to several people, including Yen, from getting dragged into the issue.

Yen was Paolo’s leading lady in the romance film A Faraway Land which premiered on Netflix last August 19.

Among the issues Paolo made clear in his lengthy statement on Instagram was that Yen was the mystery girl who was with him in a viral video where she was seen holding on to him and in photos that showed them dining together in Baguio City.

“When LJ left for the States with the kids, I went to Baguio for 3 days dahil ayaw ko sa Manila at gusto kong makapag isip isip,” shared Paolo.

The 37-year-old, however, denied Yen was the cause of his breakup with LJ, saying that he only invited her for a day to have someone to talk to about matters of the heart.

“Naging insensitive ako about the possible effects nung issue and I invited Yen for a day para may makausap since malapit lang siya sa North din. She went there as a friend,” Paolo said.

Netizens, however, grew dubious and poked fun at Paolo’s “as a friend” remark which has since generated memes.

The phrase has been used by netizens to invite someone to dine or go on a trip somewhere.

Some brands and establishments even launched promos for those who will bring with them a friend and visit their place.

And here’s another one, in case you’ve missed the new definition of Baguio.