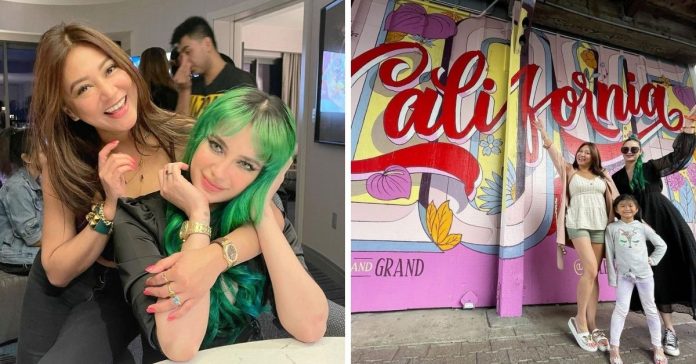 Rufa, who’s currently based in California with Filipino-American husband Trevor Magallanes, has been sharing photos and clips of her meeting and trips with Arci around the state.

Arci was also welcomed into Rufa’s “home sweet home” and appeared to have spent time with the latter’s daughter Alexandria.

Arci, on the other hand, has also been sharing beautiful snaps of her touring some famous landmarks in the United States.