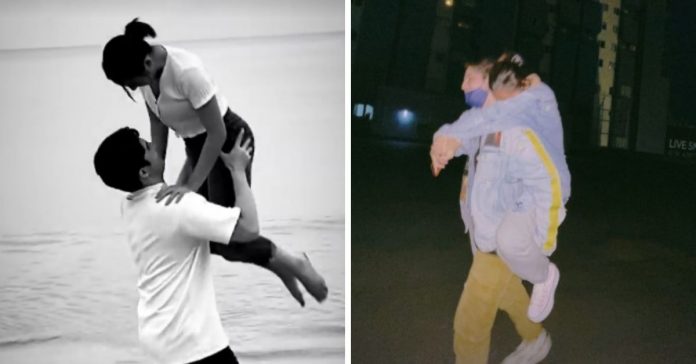 Mavy Legaspi went all out when she greeted his love team partner and rumored girlfriend Kyline Alcantara a happy birthday on Friday, September 3.

The 20-year-old actor, seemingly pulling off a Tom Holland, penned a sweet message for Kyline alongside a photo of them by the beach, as she turned 19.

“My Tiff, have the happiest of birthdays. Call me when you’re up. Hope you liked my gift,” Mavy wrote, addressing Kyline’s character’s name in the upcoming GMA series I Left My Heart in Sorsogon.

Kyline, meanwhile, acknowledged Mavy’s greeting, likewise calling him by his character’s name in the series.

Mavy also filled his Instagram stories with cozy snaps and clips of him with Kyline — such as piggybacking, and lifting the actress in the air.

Mavy, son of Carmina Villaroel and Zoren Legazpi, has been vocal of his fondness for Kyline.

He recently introduced the actress to his mom as his “crush” in a previous Instagram Live.