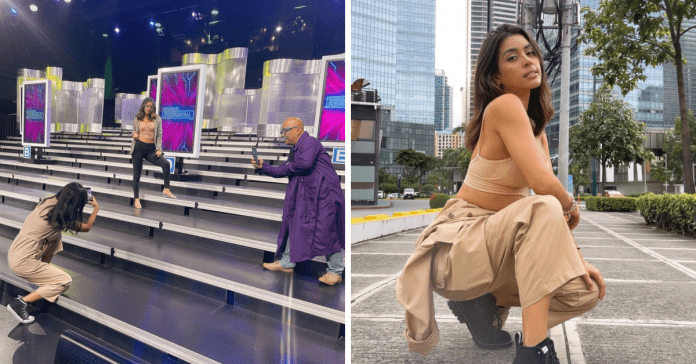 She did it again!

Miss Universe Philippines 2014 MJ Lastimosa has a “newly recruited photographer” and she’s none other than Miss Reina Hispanoamericana 2017 Winwyn Marquez.

In an Instagram post on Wednesday, shared a snap of her being photographed by the fellow beauty queen during her guesting as a host in the noontime show Eat Bulaga.

This isn’t the first time MJ had her beauty queen sisters take a photo of her outfit of the day (OOTD).