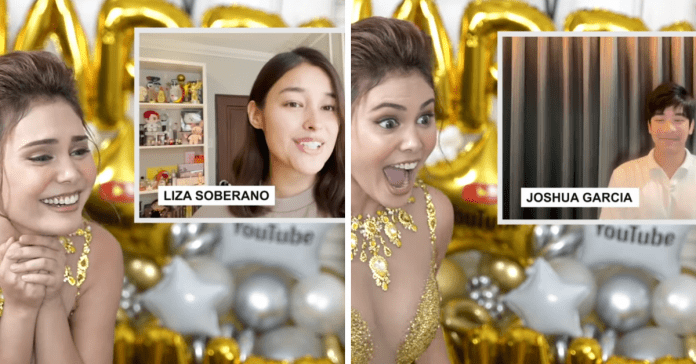 Ivana Alawi recently marked her second anniversary as a vlogger, and did not expect to get special messages from “celebrity crushes” Joshua Garcia and Liza Soberano.

To celebrate the social media milestone, Ivana’s mom along with her siblings Hash and Mona played a prank on her for the surprise celebration.

Included in the surprise prepared by Mona was a compilation of video greetings from Ivana’s fans, friends and fellow celebrities.

Ivana screamed in shock and excitement after seeing the video greeting of Liza Soberano whom she said was her “girl crush”.

The actress-vlogger even felt more excited and kilig when Joshua Garcia also sent a congratulatory message to her.

Ivana, who launched her YouTube channel in 2019, currently has more than 13 million subscribers on the video-sharing platform.