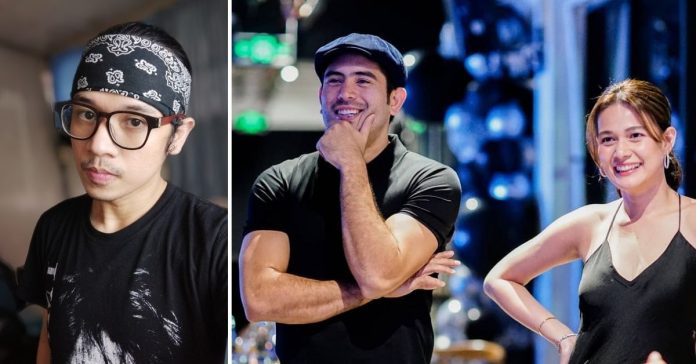 Janus del Prado has posted a series of cryptic posts on Instagram, which netizens believe are alluding to Gerald Anderson.

The actor did not name anyone in his posts and only used initials, but commenters on his posts are convinced that those are meant to throw shade at Gerald.

These posts came after Gerald asked forgiveness from ex-girlfriend and Janus’ close friend Bea Alonzo over what happened in their failed relationship.

During a recent interview with Boy Abunda, Gerald was asked if he was open to reaching out to Bea and her new beau Dominic Roque.

The actor replied, “More siguro kay Bea. I mean, huwag na po tayo siguro mandamay ng ibang tao. I really pray… I really hope she will find it in her heart to forgive what happened, forgive me. Nag-ho-hope lang ako.”

“May bagong show ata kaya nagso-sorry kay B,” read Janus’ text in an Instagram photo, which netizens quickly took to mean as Janus’ reaction to the interview.

The actor further posted messages referring to “G”, with one hinting a past circumstance “G” got involved in, with a director and “OMC team”.

In the comments section, netizens were quick to say that OMC referred to One More Chance, the 2007 hit film directed by Cathy Garcia Molina, where Bea and Janus were co-actors.

In a separate Instagram post, Janus also alleged that “G” manipulated people just to cover up an incident with “P” in the set of “MPY”.

Fans also pointed that Janus and Gerald were former co-stars in the 2008 movie My Perfect You, which was also directed by Cathy Garcia Molina.

To recall, Bea sparked breakup rumors with Gerald after she started unfollowing him on Instagram, as well as Miss Universe 2015 Pia Wurtzbach, the actor’s then leading lady in My Perfect You.

Janus, in his other subsequent posts also shared “tips” on making a genuine apology and not letting any person who hurt you back in your life.