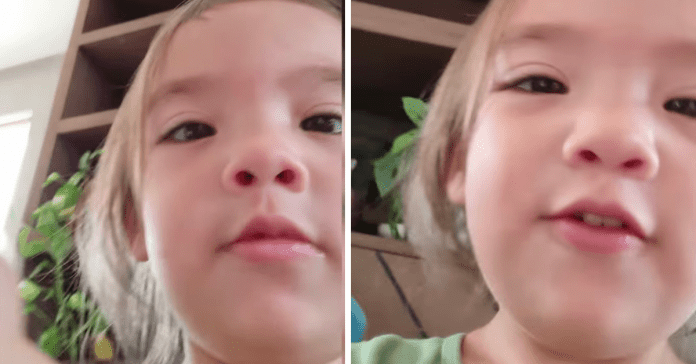 Did she just say “hey guys?”

Nico Bolzico on Friday shared yet another adorable video of his one-year-old daughter Thylane who took away his phone while they were making a video for his wife Solenn Heussaff and started recording herself.

“While we were doing a selfie video for Mama (who was actually downstairs) #TiliBolz took the phone and created her first vlog,” wrote Nico in the caption.

The 38-second video captured Baby Thylane giddily talking gibberish at the camera while walking around the room.

Netizens and fellow celebrities in the comments section can’t help gut gush over Thylane with some requesting for Nico to add subtitles on her video.