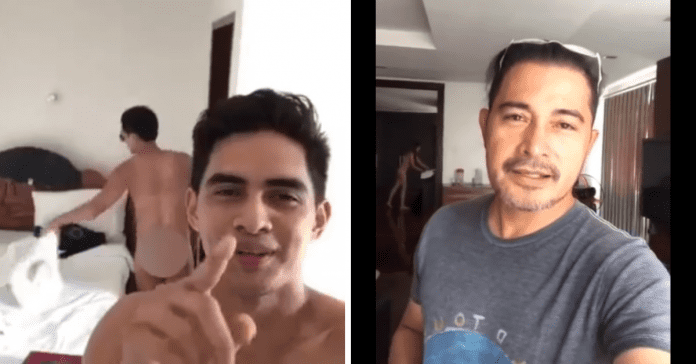 Jeric Gonzales had a fun birthday message from his friends and fellow Kapuso stars Mikoy Morales and Juancho Trivino.

Mikoy, in a recent Instagram post, uploaded a throwback video of him and Juancho Trivino doing a parody of Cesar Montano’s birthday greeting video that went viral in 2018.

Cesar’s birthday message for a kagawad in Sta. Ana, Manila drew controversy after a naked woman was seen in the background.

For their part, Juancho recorded a selfie video of himself greeting “kagawad” Jeric a “happy birthday,” but wasn’t able to finish his message after a naked Mikoy appeared in the frame, sending both of them laughing.