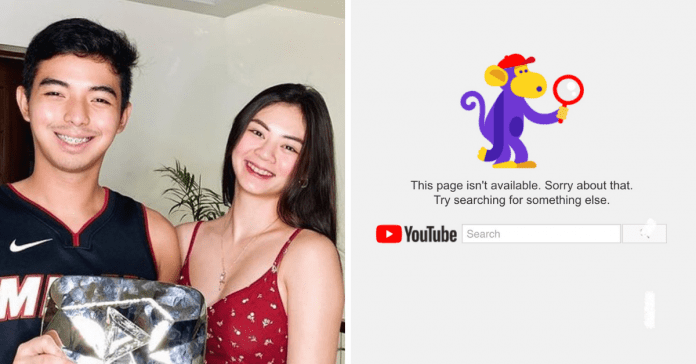 Has JaMill taken down their YouTube channel with over 12 million subscribers?

Upon searching JaMill’s YouTube account, the page will be redirected to a message saying: “This page isn’t available. Try searching for something else.”

Another Twitter user said that the couple are just taking a break or it’s just another one of their prank contents.

While another netizen speculated if it has anything to do with a new memorandum issued by the Bureau of Internal Revenue.

On Monday, a Philstar.com report said that the BIR issued revenue circular mandating social media influencers to “register with the government, declare their income and pay corresponding dues.”

The couple, one of the country’s top YouTubers who started vlogging in 2012, has yet to issue a statement on the matter.

The two previously made headlines online after Jayzam figured in a cheating controversy in April.