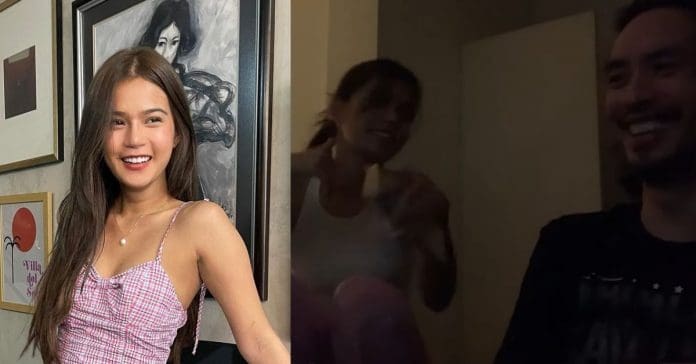 Maris Racal recently talked more about her and boyfriend Rico Blanco’s relationship which blossomed even before the start of the pandemic.

During her guesting in Magandang Buhay, Maris admitted that at first, she had fears of being judged in making her relationship public given their 25-year-age difference, but got surprised when people reacted the other way around.

Maris, who first worked with Rico for her song Abot Langit in 2019, shared that it’s not just music that binds them together but also values they hold in life.

According to Maris, Rico is not the type to easily show his affection, but she gets kilig every time he makes a sweet gesture in his own simple way.

“Everyday naman, ate Melai,” Maris said when asked by host Melai Cantiveros when was the last time Rico made her kilig.

The couple, who first sparked relationship rumors in March, calls each other “Babs” as their their term of endearment.