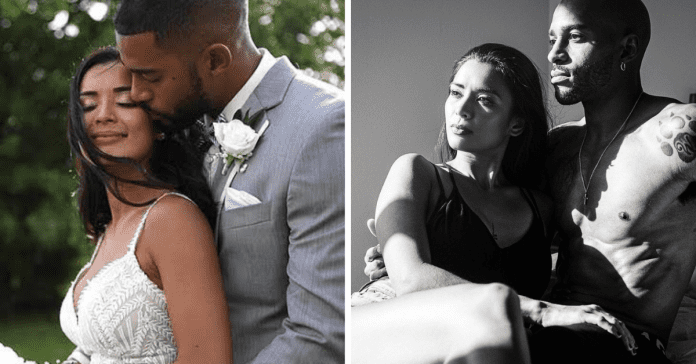 Michelle Madrigal has opened up about her separation and ongoing divorce from husband Troy Woolfolk.

The actress-turned-transformation coach in an Instagram post on Friday, announced that she and Troy have already parted ways, following speculations from their followers.

“@twoolf29 and I have been separated and are going through divorce,” said Michelle, noting that they have remained friends and co-parents to their three-year-old daughter Anika.

“We only wanted to share this to be transparent due to the amount of DM’s and comments we get from y’all,” she added.

Michelle also asked for privacy and respect over their decision to end their marriage.

“We hope that y’all can give us the space and respect with our decision. We thank y’all for all the love and support you have given The Woolfolk family. We will always have love for each other and cherish the good times rather than the bad ones,” she wrote.

Troy was seen commenting on Michelle’s announcement which came with a black and white photo of them together.

Troy also made a statement through a video on Instagram sharing that they have decided “that we’re probably better friends than husband and wife”.

“She still loves me, I still love her, because we have our baby daughter who we will  be co-parenting. We still have that friendship, just not companionship in the sense of marriage,” he continued.

“We have no drama, we are still cool. I will always love @mitch_madrigal cause she is the mother of my child that we will co-parent together. I still love everyone in her family and will continue to treat them like my own,” added Troy as caption in his Instagram post.

Michelle, who is now in US, flew to Texas to study culinary arts and started dating Troy in 2016. She gave birth to their daughter in 2017 and got married in 2019.