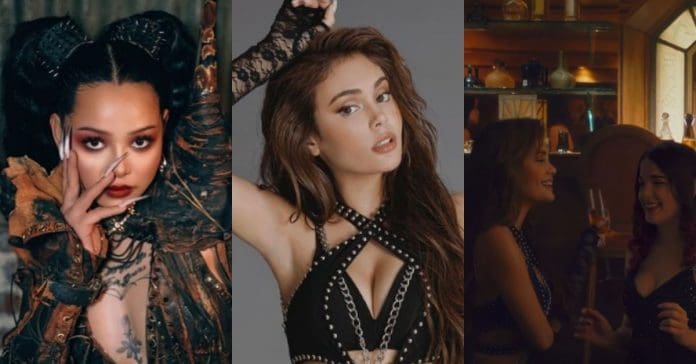 Inferno, Bella’s second collaboration with American singer-producer Sub Urban, is a track that talks about Bella’s past experience with sexual assault.

“As a victim of sexual assault, this song and video mean a lot to me. This is something I haven’t been ready to share with you just yet,” Bella wrote as a trigger warning in the comments section under her music video on YouTube.

She continued, “It’s very hard for me to talk about. But I’m ready now. I decided to express myself by creating a song and video with Sub Urban based on how I wished my experience went. It’s a fantasy I wish was true.”

RELATED: ‘I had a rough childhood’: Bella Poarch reveals sad truth behind tattoos

Among the familiar faces seen on the music video were popular streamers and YouTubers such as Bretman Rock, Valkyrae, TommyInnit and Ivana making a quick appearance.

The actress-vlogger was seen laughing and sharing a drink with streamer Staryuuki.

On her Instagram account, Ivana shared a photo wearing her outfit in Inferno to promote and congratulate Bella for her newest release.

“Did you spot someone familiar in @bellapoarch new MV? 🔥 Congrats babe! So glad to have been able to join you, even for a quick glance.. Make sure to watch her newest MV Inferno! Cheers! 🇵🇭🥂,” Ivana wrote in the caption of her Instagram post.