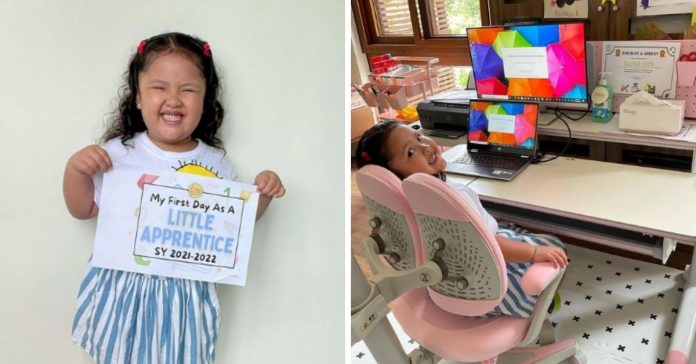 On Instagram, the celebrity mom shared photos of Tali attending her first day of classes via Zoom.

“First day of Nursery School and I don’t know how to feel 🙃🙃🙃,” began Pauleen.

Pauleen shared how she’s happy but at the same time in disbelief that her unica hija has now started schooling.

“I am so happy that this girl loves to learn and that she’s so excited about school! But also in disbelief that time flew by so fast and that she’s now in nursery! 🥲

“She was also so excited to ‘meet’ her new classmates thinking they were going to visit our house daw 🥲😢 but I am still grateful that zoom classes exist! Thank God,” she continued.

Alongside the photos, Pauleen also shared a clip showing an excited and happy Tali actively participating in the “good morning song”.