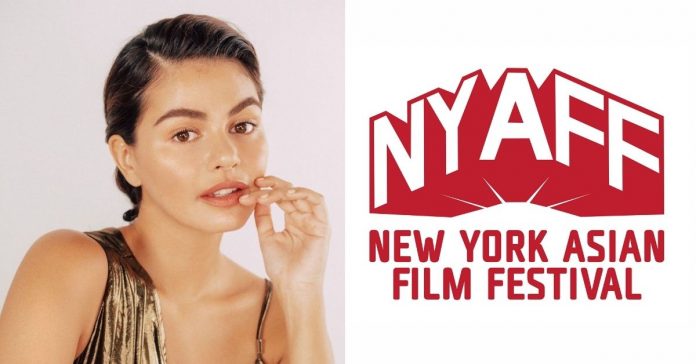 Janine Gutierrez is grateful and honored to be awarded the Rising Star Award at the New York Asian Film Festival for her performance in the film Dito at Doon.

The Kapamilya actress whose film Babae at Baril was chosen as the opening film in the New York Asian Film Festival in 2020, recently took to Twitter to express her gratitude on winning the award.

“So honored!!! Second year to have a film part of your festival and I was so sad that for the second time, we’re still unable to attend — but now I’m just filled with gratitude,” Janine said in a tweet.

“Thank you for supporting Filipino films and creatives!”, she added.

Directed by JP Habac, Dito at Doon is a romantic comedy film which revolves around the story of Len (Janine Gutierrez) and Cabs (JC Santos) who find themselves falling for each other after meeting online amid the community quarantine.

In a social media post, the Film Development Council of the Philippines also congratulated the actress on her award for her portrayal in the film that screened at international festivals such as the Osaka Asian Film Festival in Japan and Bucheon International Fantastic Film Festival in South Korea.

NYAFF, a film festival that honors Asian representation in cinema, runs until August 22.