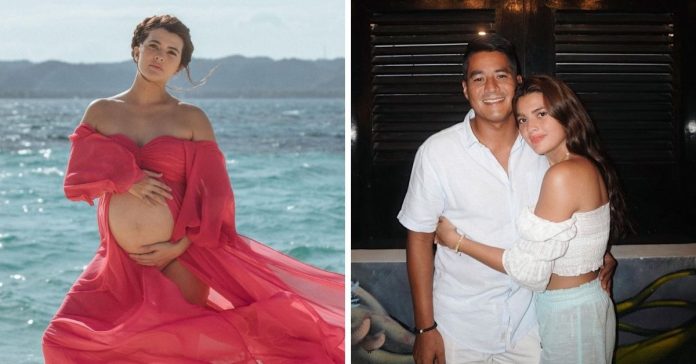 The 29-year-old beauty queen-turned actress hilariously revealed her pregnancy in a vlog released on her YouTube channel where she acted out being nervous while taking a pregnancy test at home after not having her period for almost nine months.

She later broke the news to Niño only for the camera to zoom out and reveal her bulging baby bump.

Katarina, who has been staying in Siargao island since last year, has kept her pregnancy a secret for the past months.

“Hey, everyone. It’s Katarina. I’m so excited to finally share the big out announcement that I have, the secret that I have been keeping for the past seven months, eight months.

“And that secret is…I’m pregnant,” she said in the vlog.

In a recent Instagram post sharing a maternity photoshoot of herself, Katarina said that being a mom is her “biggest dream come true”.

Katarina first rose to fame after placing third in Asia’s Next Top Model in 2014. She was crowned Miss World Philippines in 2018 and represented the country in the Miss Intercontinental pageant where she finished first runner-up.