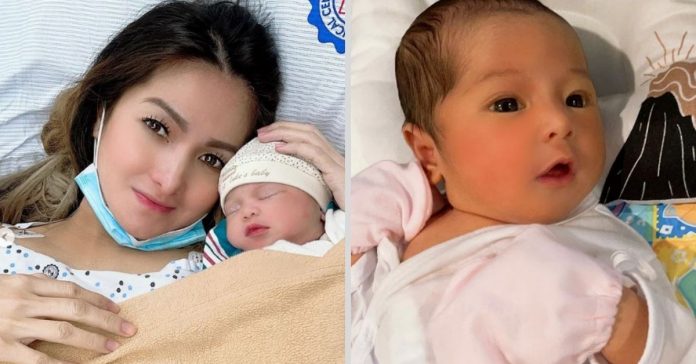 Ynez Veneracion is “blessed” and thankful to give birth to her second child at the age of 40.

The actress welcomed her daughter named Jianna Kyler on August 4, sharing a series of photos of her newborn from the hospital in a recent Instagram post.

“A sweet beautiful angel has finally arrived. Welcome to the world my little one,” Ynez wrote in the caption.

Ynez also posted photos of her eldest Keilah with Jianna in a separate Instagram post saying, “Two little blessings sent from above. Twice the smile twice the love,” along with the hashtags “#MyPrincesses #MyLife #MyHappiness #ILoveThemSoMuch #Blessed #ThankYouMyLord.”

Jianna is Ynez’s first child with non-showbiz boyfriend Bryan Julius Recto, while Keilah is her daughter from a previous relationship.