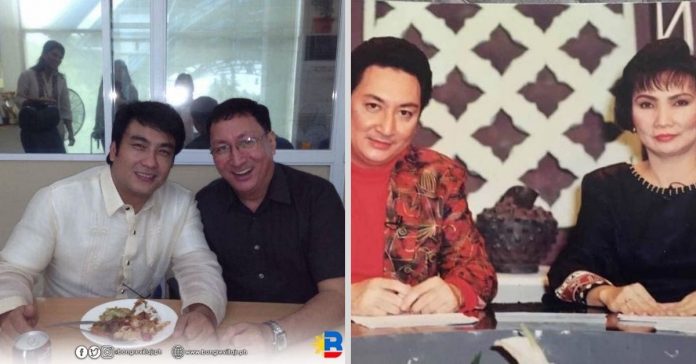 The two took to social media on Friday to pay their tribute to their good friend.

Bong continued to thank Ansel for his support and guidance and treating them like family members.

Lani, meanwhile, thanked Ansel for being a great friend and ally, and believing in her.

“It is with a heavy heart that I bid a great friend and ally, a person who believed in me from the time we worked together in “Moms” and throughout my political career, Kuya Ansel, farewell,” said Lani.

She added, “In heaven, there will be no more pain, just happiness and peace with our Father God. Thank you for the knowledge and wisdom you shared with me and my family. You will be greatly missed”.

Entertainment columnist and talent manager Aster Amoyo also bid goodbye to Ansel whom she said died on Friday due to “lingering illness”.

A Philippine Star article said that Ansel left his showbiz work and his “active gay lifestyle” to get married and eventually become a Catholic lay speaker. His last public appearances included attending as a resource speaker for Pro-Life Philippines the Senate Hearing on the SOGIE Bill.