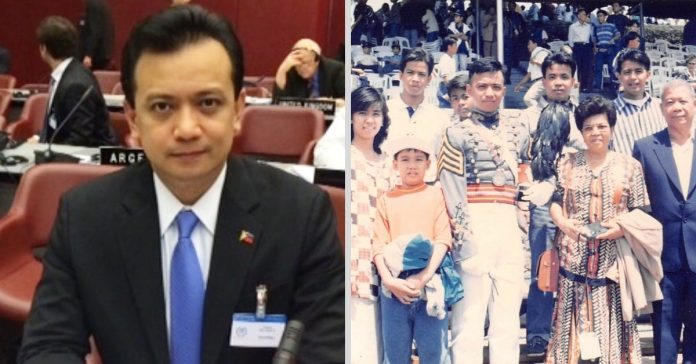 Mom of former senator Trillanes passes away at 87

Former senator Antonio Trillanes is mourning the death of his mother who passed away at the age of 87.

Trillanes made the announcement on his social media accounts on Friday, August 6, which is also his birthday.

“It is with deep sadness that I announce the passing of our beloved mother, Mrs. Estelita Fuentes Trillanes,” said Trillanes.

“She died of complications due to her advanced Parkinson’s condition. She was 87,” added Trillanes, alongside a throwback photo of him at the Philippine Military Academy.

According to health and wellness website WebMD.com, Parkinson’s disease “is a brain disorder that gets worse over time.”

“It causes nerve cells in a part of the brain called the substantia nigra to die. This part of the brain is important for controlling movement. Treatments can help with symptoms, but there is no way to slow or reverse the condition,” it added.

His social media followers have since offered messages of condolences for his family.