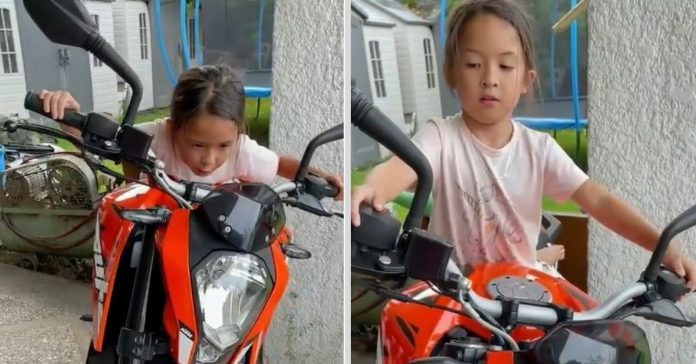 It seems like Ryan Agoncillo’s daughter Luna is already a fan of big bikes just like her dad.

An adorable video of Luna, Ryan’s five-year-old daughter, with wife Judy Ann Agoncillo has once again captured the hearts of netizens.

In a recent Instagram post, Ryan uploaded a video recorded by Judy Ann which showed their bunso pretending to ride his big bike.

“Is this your bike?” Judy Ann asked Luna.

“Yeah, dada gave it to me,” Luna casually replied.

Judy Ann then asked where her daughter was heading to, but Luna said: “I don’t know. I still wanna know how to drive this.

The young Agoncillo went on to act like she’s starting the bike and traversing the road: “Oh no, there’s a car behind me I gotta go fast.”

Ryan, meanwhile, can’t help but gush over her daughter’s interest for big bikes at a young age.

Luna previously won the hearts of netizens with her weather reporting skills.