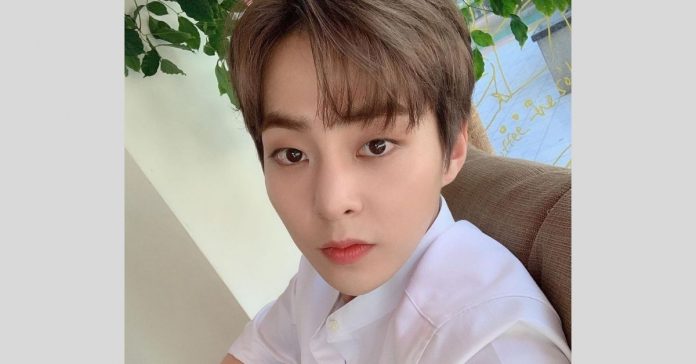 Kim Minseok or Xiumin of the K-pop boyband EXO has tested positive for COVID-19.

Xiumin’s management label SM Entertainment said in a statement released by Korean entertainment news outlet Soompi that the K-pop star first underwent a COVID-19 PCR test on July 29 to attend a practice for the musical Hadestown and received a negative result.

He received another PCR test on August 4 after experiencing symptoms and his test results came back positive on Thursday, August 5.

SM Entertainment went on to share that remaining active members of EXO and staff members “have also been tested for COVID-19 and are in self-quarantine while they wait for results”.

Cast and staff members of the musical and those who came in contact with Xiumin will also be tested for the coronavirus.

“In addition, this information has been relayed to all of the broadcast programs that Xiumin is a part of. The staff members and some of the cast members of the musical Hadestown, who Xiumin practiced with recently, will also be tested for COVID-19,”  Sm Entertainment was quoted as saying.

Xiumin has since “halted all his scheduled activities and will actively follow the process and guidance given by health authorities.

“We will also do our best in order for the artist to make a speedy recovery,” added SM Entertainment.

EXO, a group who debuted in 2012, currently has active members D.O, Kai, Lay, Sehun, and Xiumin while Baekhyun, Chanyeol, Chen, and Suho are fulfilling their military service.