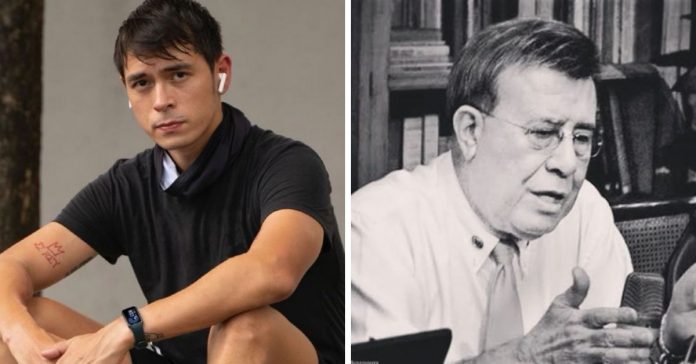 Jake Cuenca is mourning the death of his grand-uncle Manuel “Manoling” Morato, former head of the Movie and TV Review and Classifications Board (MTRCB) and board director of the Philippines Charity Sweepstakes Office (PCSO).

In an Instagram post, Jake expressed shock over the demise of his grand-uncle who passed away at the age of 87 on Friday.

“It’s been a rough couple of days for our family cause it came as such a shock we really thought he would pull through like he always does,” wrote Jake.

“I just want to say thank you to my tio manoling for helping so many people, countless people throughout the years including myself. I will hold on and never forget our last conversation together last Christmas,” he added.

According to an ABS-CBN report, Manoling died due to COVID-19, four days after being admitted at a hospital in Quezon City.

The MTRCB also paid respect to its former chairperson and “legend of the Philippine entertainment industry”.

“Your contributions to history, the national discourse and the lives of the Filipino people will remain ever large in our hearts,” read its Facebook post.