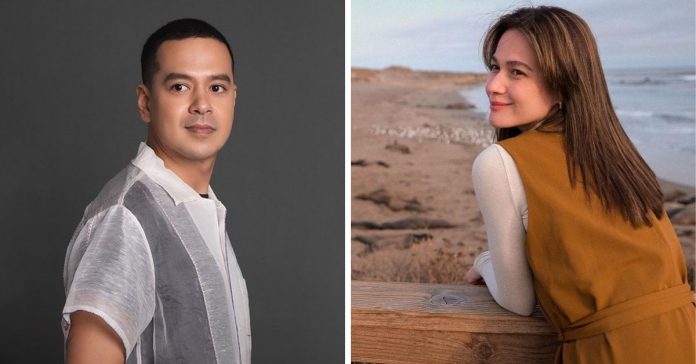 John Lloyd Cruz disclosed that he and Bea Alonzo never got into a relationship but they “probably” dated before.

The 38-year-old actor made the revelation after being asked in a podcast interview by ABS-CBN broadcast journalist Karen Davila if he ever got together with his love team partner.

“Hala. I don’t know. Parang mahirap yatang sagutin ‘yun,” said John Lloyd who admitted that the question is difficult to answer with just a yes or no.

“I respect her and she’s been good to me and to my family also. Mahirap eh. Sometimes, parang may mga tanong talagang I wish kayang sagutin ng yes or no,” he added.

Asked if they had a special relationship or friendship, John Lloyd described Bea as someone special in his life and “it’d be hard to change that.”

He was then forced to answer that there most likely a time that they dated.

“If anything, natatakot akong i-label kung ano man ‘yung naging totoo between (us). Kahit ako sa sarili ko, I don’t want it to reduce into something that it’s not, he said.

Bea and John Lloyd’s love team rose to popularity after being paired in the 2007 film One More Chance.

In an interview with Mega Entertainment’s G3 San Diego in April, Bea admitted that she loved John Lloyd and he was the first one to break her heart.

“Alam mo yung ganito sya eh, yung love nag transition siya into different forms. The love has always been there but I can’t tell you because I can’t speak for him,” said Bea.

Bea also mentioned in a previous vlog with Ethel Booba that should the actor pursue her, she would skip the courtship stage and date him right away.