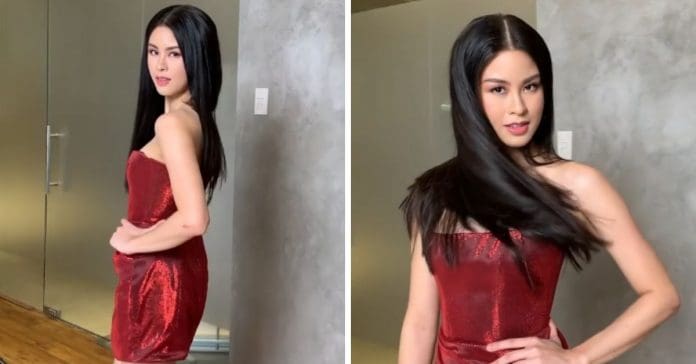 Videos of the former Pinoy Big Brother housemate was recently shared by hairstylist Jericho Valenzuela and designers Mara Chua and Mikee Andrei on Instagram where she wore a mini red dress.

Kisses struck poses and did a little twirl for the camera in the behind-the-scene clip.

“She is so ready,” wrote Valenzuela as caption.

Kisses broke her social media hiatus in July 21 after being announced as an official delegate for the beauty pageant.

Prior to her PBB stint, has competed in several local beauty pageants and was hailed Miss Teen Masbate in 2013 and Miss Kaogma in 2016.