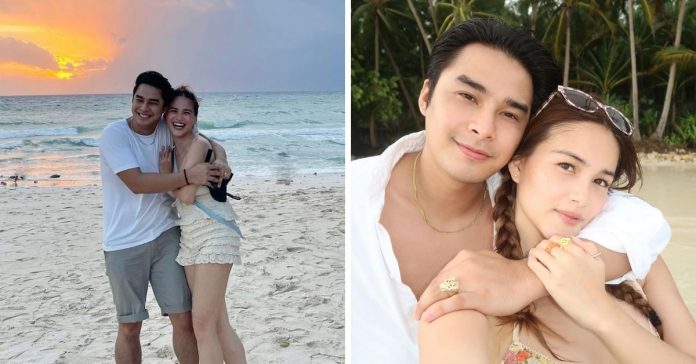 McCoy de Leon and Elisse Joson, dubbed by fans as McLisse, took to Instagram to share kilig photos and sweet words they penned to each other to mark their relationship milestone.

McCoy wrote a short verse about conquering everything for love.

Elisse, on the other hand, wrote “anywhere with you,” sharing a clip of McCoy’s sweet surprise where he asked her to look outside her condominium window and see him standing with letter cards that spelled out “Happy Anniversary”.

McCoy and Elisse first met as co-housemates in the Pinoy Big Brother: Lucky Season 7 in 2016. They eventually became a couple, but put an end to their relationship in 2018.

Reconciliation of the two surfaced in 2020 when McCoy posted a photo of what seemed to be a yacht date with Elisse.

Elisse later shared screenshots of herself video chatting with McCoy in May and admitted missing him while she was abroad.

It was only last month when McCoy confirmed that they have rekindled their romance prior to the COVID-19 pandemic.