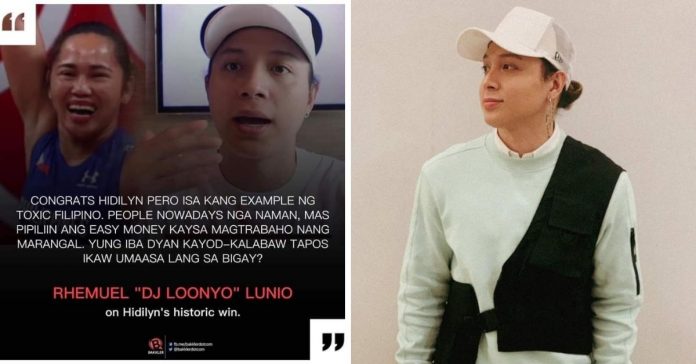 Following Hidilyn’s victory at the Tokyo Olympics, a Facebook page named Bakkler shared  a quote card of DJ Loonyo alleging that the recording artist and choreographer is not in favor of the cash rewards and incentives that the weightlifter will be receiving.

DJ Loonyo then took to his Facebook page to denounce the false statement and aired his disappointment over those who easily fell for the “fake news” after getting criticisms from netizens.

The 25-year-old dancer also expressed pride in Hidilyn for representing the country in the global sports event.

DJ Loonyo also shared how he can relate to Hidilyn after previously representing the country in several dance competitions abroad and also brought home a gold medal.