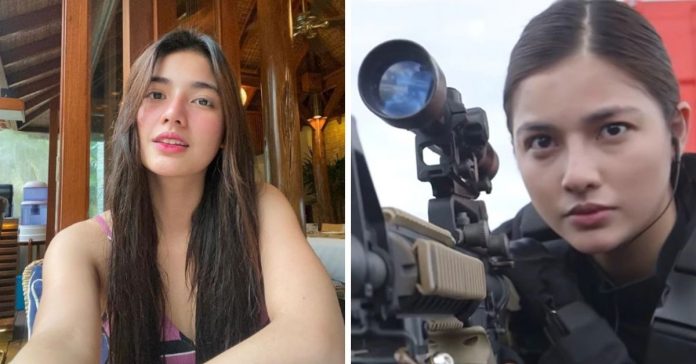 Jane De Leon is set to leave Ang Probinsyano and will soon take flight as Darna as filming for her upcoming Mars Ravelo’s Darna: The TV Series begins in September.

In a statement released on Wednesday, ABS-CBN said that the actress is “wrapping up her remaining scenes” in the long-running primetime teleserye where she plays as Capt. Lia Mante, the “nemesis-turned-ally” of Coco Martin’s character Cardo.

“Viewers can expect more action-packed scenes in FPJ’s Ang Probinsyano as Lia and Cardo embark on an important mission together,” read ABS-CBN’s statement.

Jane will be making her exit from Ang Probinsyano, more than five months after being introduced as a guest cast member in the action-drama in January.

The anticipated superheroine show was supposed to be a film project but the production was eventually postponed indefinitely August last year due to the COVID-19 pandemic.

ABS-CBN later announced in December 2020 that the Darna project is pushing through as a TV series.

Jane was tapped as the newest Darna in 2019 after Angel Locsin and Liza Soberano dropped the roles due to respective health reasons.