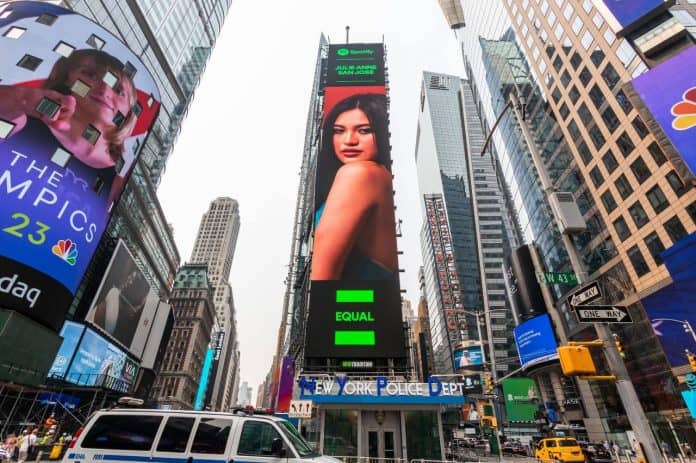 Julie Anne San Jose is the newest Filipino artist who made it to New York City’s iconic Times Square, appearing on the billboard of the music streaming platform Spotify.

The actress-singer is being featured in Spotify’s “EQUAL” campaign, which promotes equity for women by showcasing female artists all over the world.

On Twitter, she said she can’t believe it that she landed on the billboard.

She also thanked people who made her dream possible. “GMA Network, Universal Records Philippines fam, friends and my loving supporters, we made it! Praise God!”

Julie is also the face of the EQUAL Philippines’ playlist, which includes her newest song FREE and rendition of You Are My Everything.

As of writing, the single has over 85,000 streams on Spotify.

“Join me as we empower women on Spotify,” she said in separate statement. “Let’s celebrate women no matter the day.”