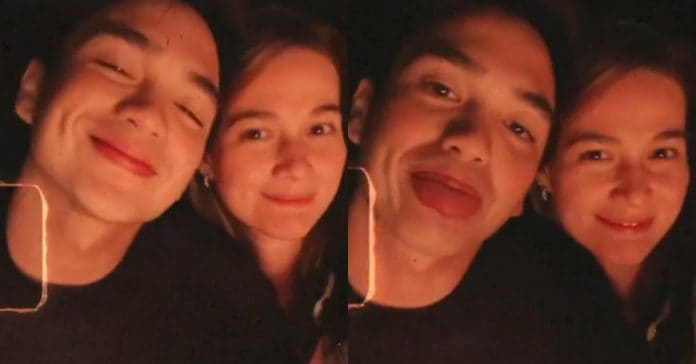 Unlike other previous social media posts, Dominic now openly shared a short clip of him together with Bea via an Instagram story.

The actor first shared an Instagram story showing his aunt Beth Tamayo and her furbaby sitting by the fire pit table when a glimpse of Bea came into view.

He later shared a video of him leaning into Bea while smiling at the camera.

Dominic and Bea have been sharing solo photos from their trip around California, which led netizens to assume that they are on a vacation together.

The “hints” on Bea and Dominic’s romance online didn’t go unnoticed by netizens, but both have yet to confirm their relationship.

LJ Reyes receives message from Paulo Avelino after split with...