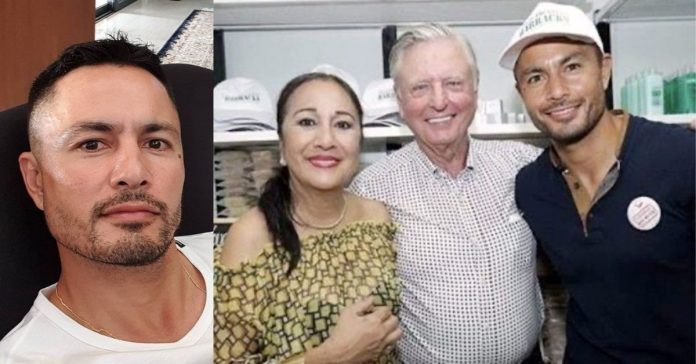 Derek Ramsay revealed that both his mother and father fought COVID-19 at the same time.

In a social media post, he described the ordeal as the “scariest thing” he has experienced.

He shared a screenshot of his conversation with his dad, informing the actor that he might be discharged from the hospital tomorrow.

“Having my mum and dad in hospital fighting COVID at the same time is the scariest thing I’ve experienced in my life. Thank you lord for keeping them strong and safe,” he wrote.

Derek then thanked the frontliners who took care of his parents at the hospital.

“Mum and dad are coming home!!! Yippeeeeee,” he ended.

Back in March of last year, the 44-year-old mentioned that his parents Remedios and Derek Arthur Ramsay Sr. are residing in their family home in Tagaytay City.

In a past interview, he opened up about that he was worried because his parents belong to the age group most prone to the virus.

READ: What made Derek Ramsay cry