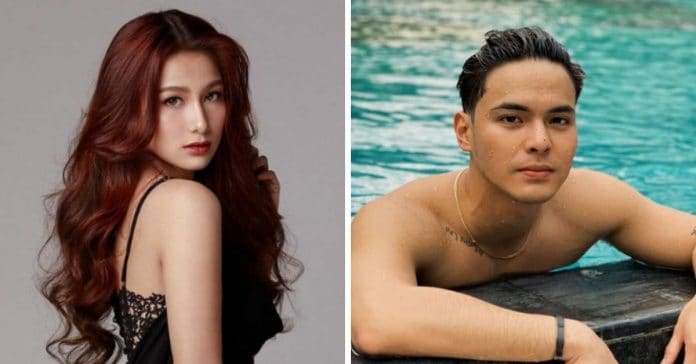 Netizens have been speculating on their relationship status after noticing that Liezel and Kristoffer are no longer posting photos and videos of them together online.

The two have also unfollowed each other and deleted couple pics and clips on their respective social media accounts.

In a few interactions with netizens on TikTok, Liezel finally addressed the breakup rumors herself.

One netizen asked why she was not with Kristoffer who at that time was in Bohol.

Liezel responded that they had planned the Bohol trip together but she has already broken up with him.

Another netizen, meanwhile, directly asked if it’s over between her and Kristoffer.

Asked about the reason behind the breakup, Liezel simply said, “peace of mind”.

It was just last April when Kristoffer admitted that he was in a relationship with Liezel.

Prior to the confirmation, Kristoffer revealed in January that he’s already a father to four-year-old daughter with his non-showbiz ex-girlfriend AC Banzon.

Netizens, on the other hand, are now speculating that Kristoffer has gotten back together with AC following the similarities in the photos they have been posting online.

Kristoffer and AC are believed to be together in the Bohol trip.