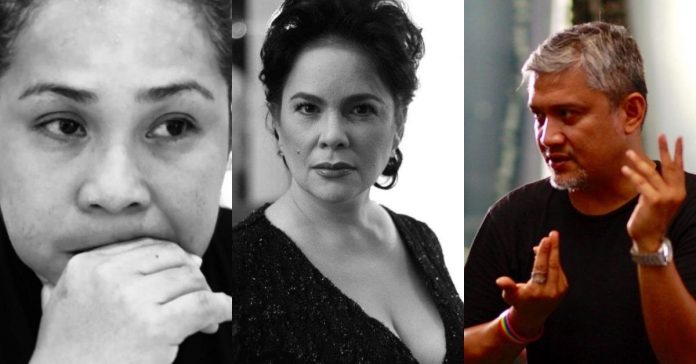 Andoy, in a recent virtual mediacon for La Vida Lena, shared his reasons for not leaving the Kapamilya network even with the non-renewal of ABS-CBN’s franchise.

“The reason why I stayed and continue serving with ABS-CBN is because I believe the content that ABS-CBN is producing no matter what, may franchise o wala, is world-class quality!” said direk Andoy.

Andoy’s remark drew the attention of the Encantadia creator, who took to Facebook to air her thoughts about producing “world-class” quality content shows.

“Truth be told, no local TV network is close to having world-class shows,” said Suzette in one of her lengthy Facebook posts.

She added that the Kapuso network does not have to claim that their shows are of world-class quality just to show off.

The head writer also wrote how the biggest names in the showbiz industry are in the rival network, but the GMA shows are still able to beat them in the TV ratings.

Suzette went on to say that their home network has “creative freedom”, explaining that they try to explore an array of themes and concepts.

Jaclyn, on the other hand, took to Instagram to express her disappointment at direk Andoy’s remark.

Jaclyn published her statement under a quote card that read: “I don’t fear the enemy who may attack me, I fear the fake friend who will still hug me.”