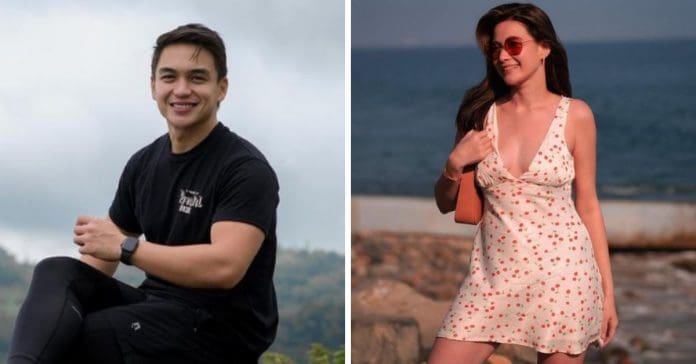 Are Bea Alonzo and Dominc Roque closer than ever to revealing the real score between them?

On Instagram, Bea has been sharing photos of herself roaming around the city of Los Angeles in California, USA.

The rumored couple recently brought another dose of kilig to their fans after Dominic left a sweet comment on social media.

Netizens couldn’t help but gush over a photo of the new Kapuso star wearing a cherry printed dress while posing for the camera at the Malibu beach.

But it was the short and cryptic comment “i*y” along with a kiss emoji that had netizens gushing more. It even earned almost 15,000 likes.

Most fans were quick to assume that it was the actor’s subtle way of saying “ily” or short for “I love you” to Bea.

Other netizens in the comments section also speculated that Bea’s cherry dress and Instagram caption are implying something about her relationship status.

Another commented, “There’s a Snapchat trend where people post a certain fruit that corresponds with a different relationship status. Cherries mean you’re in a relationship. 😍😍😍🍒🍒🍒.”

While they’ve been posting solo pics on their respective Instagram accounts, they’re widely believed by fans to be vacationing together in the US.