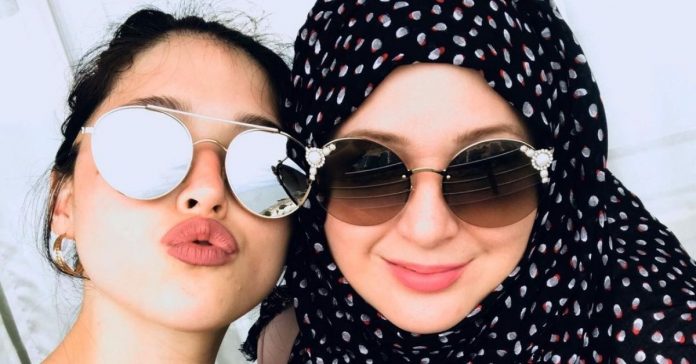 Kylie Padillla took to social media to express how much she values all the things her mom Liezl Sicangco did for her.

Alongside a sweet message, the Kapuso actress shared a selfie photo of her with her mom in a recent Instagram post.

Kylie is Liezl’s daughter with actor Robin Padilla. Robin got divorced with Liezl, who’s now based in Australia.

The Kapuso actress is currently facing controversy after Robin confirmed in an interview with Ogie Diaz that his daughter already ended her relationship with husband Aljur Abrenica.

According to Robin, the split was caused by a supposed third party.

Asked what he could advise Kylie and Aljur with marital problems, Robin admitted that he’s not in the place to do so after his failed marriage with Liezl.

Amid her breakup with Aljur, Kylie shared via an Instagram story a post which read: “Behind every strong, independent woman stands a little girl, who had to learn to stand up alone without depending on others.”

Kylie also recently shared her excitement moving into a new place with her kids Alas and Axl.