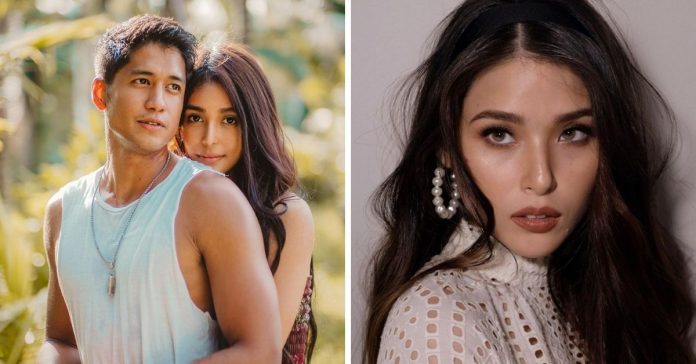 Cindy Miranda, the leading lady of Aljur Abrenica in the upcoming sexy thriller Nerisa, has denied being the alleged third party in the actor’s breakup with wife Kylie Padilla.

This is after some netizens tagged the beauty queen-turned-actress as the reason behind the split following Robin Padilla’s confirmation that his daughter Kylie left Aljur due to a cheating issue.

It was Robin who first revealed that his daughter Kylie’s separation with Aljur involved a third party, claiming that cheating is normal among men.

The veteran actor, however, is hoping that there will be reconciliation between his daughter and son-in-law for the sake of their two sons, Alas Joaquin and Axl Romeo.

Kylie has also confirmed the split in a statement to GMA News on Thursday, saying that she and Aljur “are working on a healthy co-parenting relationship.”

“All we need right now is respect — first and foremost on the decisions we have made as a family and respect for each and every member of our family — to Aljur who is the father of my two wonderful boys, most especially to Alas and Axl who are at this point very fragile, and to our families from both sides who have guided us along the way,” said Kylie.