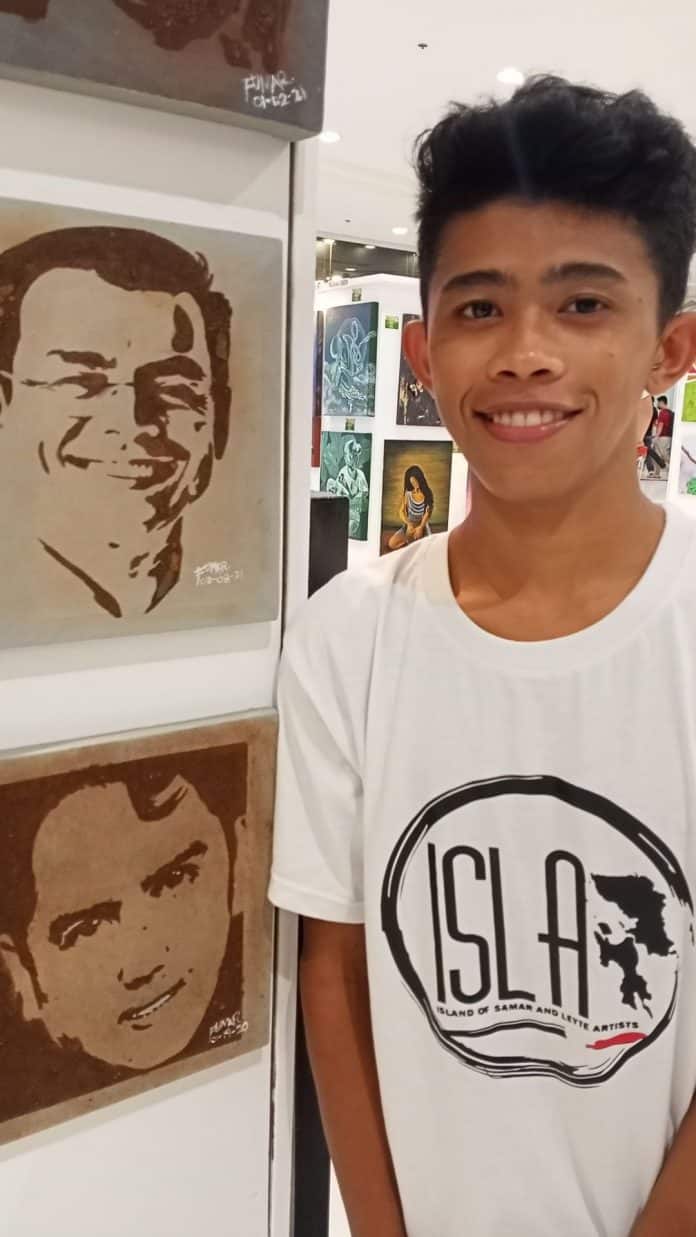 This artist from Palo, Leyte has an unusual medium for his artworks.

Connie Frances Fumar, a first year college student taking up Bachelor of Science and Technology, was able to create various portraits of celebrities and personalities using rust or “kalawang” in Filipino.

According to Fumar, it was after seeing the blueprints of his construction foreman father that he was inspired to become an artist.

“Most of the time, I do some basic sketches and mixing colors. (I also) tried new mediums like acrylic, soft pastels, oil pastels, charcoal and leaf carving,” shared Fumar who found his love for art when he was in elementary.

Wanting to have his own medium, Fumar tried his hand at rust painting where he scrapes rust from “yero and bakal” using a steel brush and turns it into rust powder.

Fumar said it usually takes him two days to finish one rust painting. He’s been using rust as his medium for three years now.

“’Di sa lahat ng oras ay mabibili mo lahat ng gusto mong bilhin para lang makagawa ng isang obra. All you need to do is to explore your surroundings, be creative, unique and that will describe as you as an artist,” said Fumar.

Fumar admitted the risks of using rust as his medium but said he makes sure to put his safely first before starting any rust painting.

In an interview with DZMM Teleradyo, Fumar said that a certain Ramon Lopez who’s dubbed as the “first rustpainter of the Philippines” was the first to use rust as medium for his paintings.

He has since featured Manila Mayor Isko Moreno, Raffy Tulfo, Manny Pacquiao and President Rodrigo Duterte, among others, in his rust paintings.

Check out some of his masterpieces below: