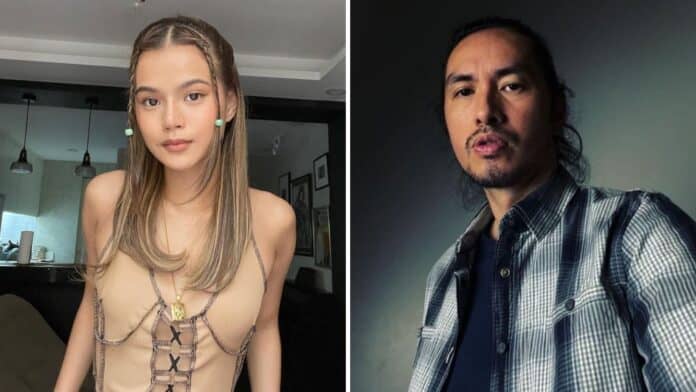 Rico Blanco opened up for the first time about his relationship with Maris Racal and how they create music together.

“Kay Maris, we’re in a relationship, but when it’s music, when it’s art, we talk sa level na ganoon. We’re always excited. It’s a great thing to have, when you work with the people you love. That’s a blessing,” Rico said in a Myx interview on Monday.

Just like with the other artists under his own record label Balcony Entertainment, Rico said that he is careful not to take any “unnecessary credit” from the music that Maris makes.

“Maris has been writing songs even before she met me, and she has great songs. So, I’m careful about that,” he said.

Rico went on to share how he helped out Maris for her originally written song Abot Langit, which was the first project they worked on together in 2019.

“I did help out. Naka-porma na ‘yung kanta. Tumulong ako sa second verse and the arrangement. We worked together to sharpen. It was a collaboration, but nauna siya, ginawa niya na ‘yun. ‘Pag ganun, I want people to know, siya ‘yan. Idea niya ‘yan,” shared Rico.

Maris recently released pop track Ate Sandali, her first song collaboration with Rico months after coming out to the public as a couple.

The singer-actress revealed that it was Rico who pushed her to try another different genre.