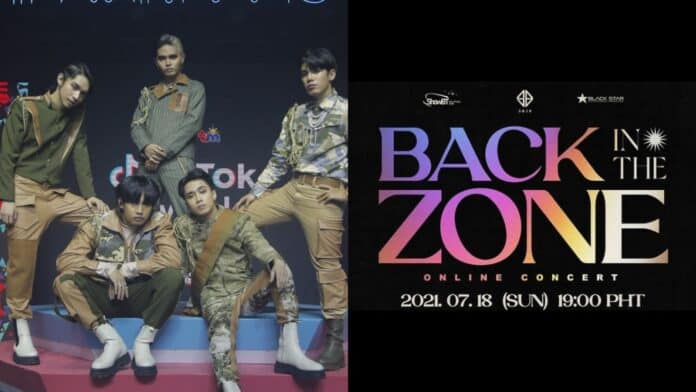 SB19 postpones Back In The Zone concert

SB19 has postponed their upcoming online concert, Back In The Zone, scheduled this July 18.

The five-member Pinoy boy band announced on Tuesday that their second virtual concert has been moved to August 1.

“We regret to announce that due to identified safety and healthy concerns during the concert preparations, the SB19: Back In The Zone online concert on July 18, 2021 (Sun) 19:30 PHT via KTX. PH has been postponed to August 1, 2021 (Sun) 19:30 PHT,” read the statement posted on their social media accounts.

“All tickets purchased will remain valid for the rescheduled date. We apologize for any inconvenience that this may have caused. The health and safety of everyone involved in the concert is our top priority.

“We thank you for your support and utmost understanding,” it added.

SB19 first announced their online concert following the music showcase of their single MAPA last May.

The P-pop group composed of Josh, Justin, Ken, Pablo and Stell recently collaborated with Ben&Ben for the band version of MAPA.

SB19 is also set to release new music on July 22 in their new EP titled Pagsibol.