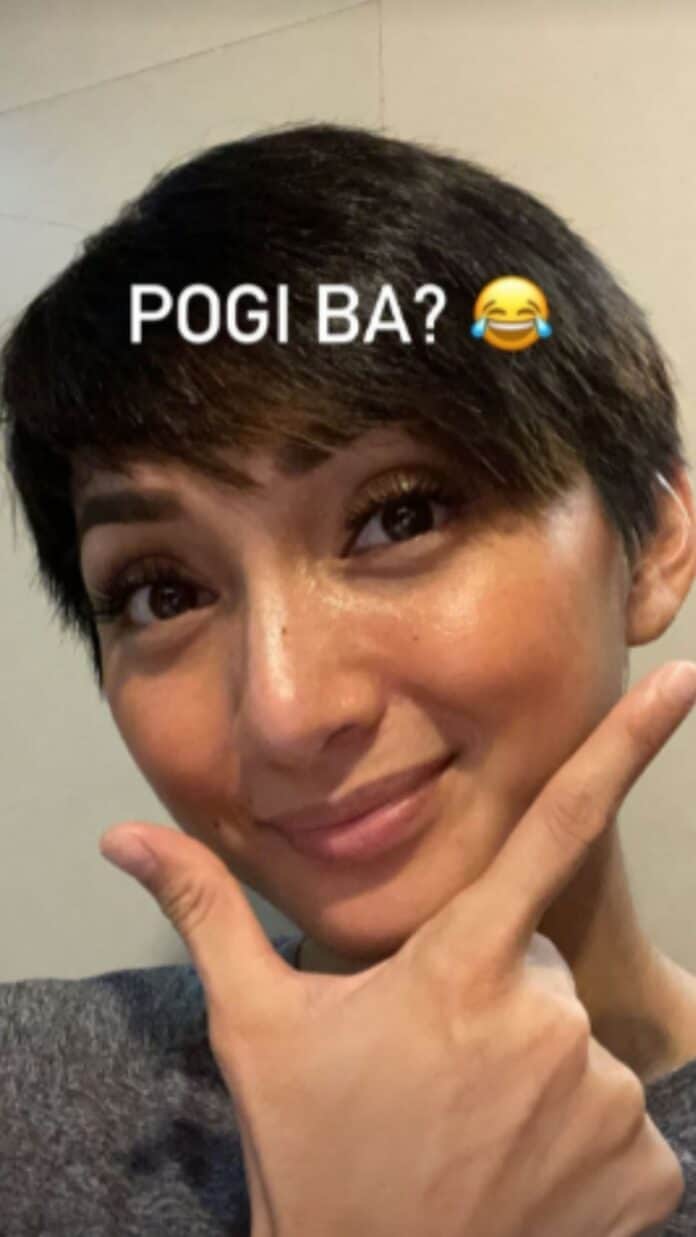 Iya Villania had a hilarious reaction after receiving a comment about looking like a guy with her pixie haircut.

The 35-year-old Kapuso TV host on Monday shared via Instagram stories the conversation she overheard from the two security guards at a mall.

“I heard everything over their radio,” wrote Iya.

In the succeeding story, Iya posted a selfie photo of herself with the “pogi” pose.

The mom of three has been rocking the gorgeous hairstyle since November last year.

Iya previously revealed in an Instagram post that she had worked up the courage to have a short hair since she has always wanted to sport one.

“If you’ve been wanting to try short hair but afraid of looking like a boy, JUST DO IT! It feels great and no matter what, you’re gonna find a way to make it work anyway! ?,” Iya told her followers.

Iya’s TV host husband Drew Arellano, on the other hand, can’t get enough of his wife’s look.