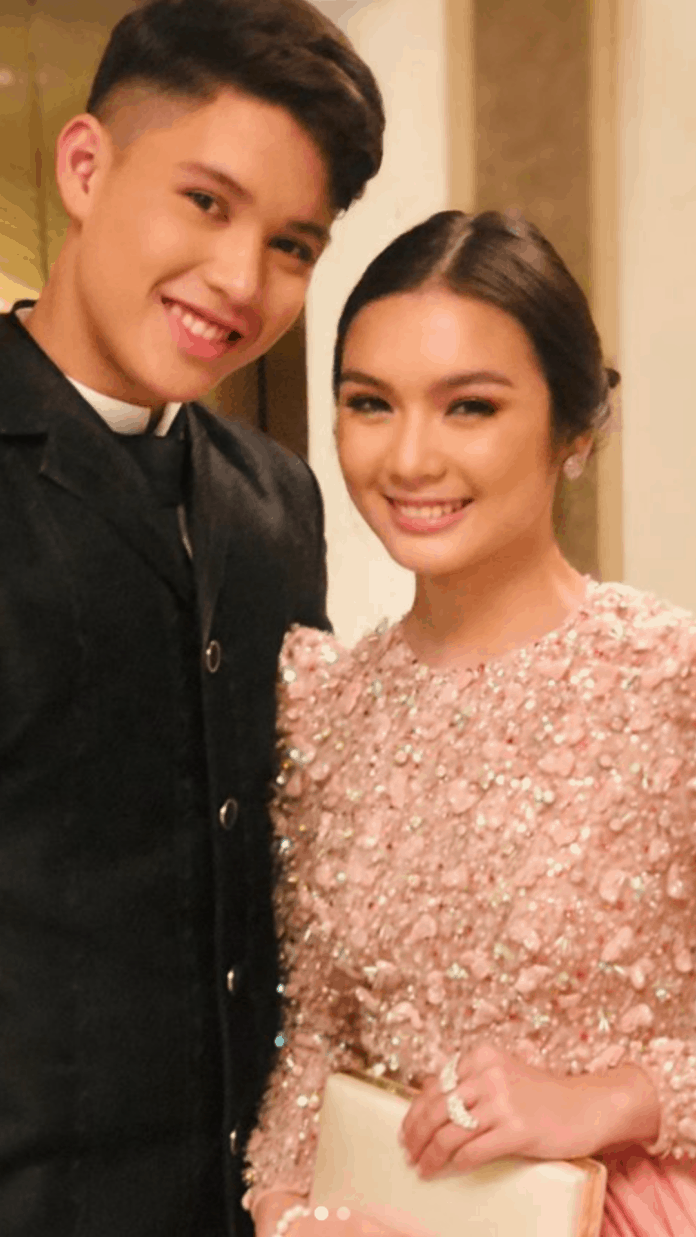 Public figures are prone to public criticisms, and criticisms do not discriminate: young or old, rookie or veteran, newbie or popular.

So, it wasn’t a surprise when young actors Kyle Echarri and Francine Diaz, also known as the loveteam KyCine, tackled the Top 5 hate comments they’ve
seen on the internet.

Pregnancy and backdoor pass to stardom

Francine, or Chin to her avid fans, shared that she had seen comments on social media saying she was pregnant, which she just laughed off as she pointed out that she’s just 17.

The actor also sympathized by saying that he has also seen claims that he had impregnated someone in the past.

The television couple then advised their followers to check the facts first before making a claim and be critical of the information they consume online.
“Alamin mo muna mga sinasabi mo bago mo sabihin,” Kyle said.

For Kyle, 18, the one that stuck with him the most is when people said that he only made it in the industry because of his connections. Kyle was previously a participant in The Voice Kids Philippines in 2015 under the team of Sarah Geronimo.

This time, Chin recalled being body-shamed when netizens called her fat and claimed that she often takes her pictures in “side view” because her face is wide. But the young actress did not pay it any mind and used the negative comments as motivation to exercise and to “love myself more.”

Kyle also defended her, saying nobody’s face or body is perfect. “You don’t need someone else to make you feel sexy or make you feel loved,” he added.

As for the actor, he shared that people would judge him and call him “chikboy.” “Sometimes, I see it as a compliment (because) chikboys can’t be ugly, man,” he joked.

Aside from being called a “chikboy,” Kyle also said that people would call him “malandi” which he denied. He stated that he knows himself better so the comments don’t affect him much.

On the other hand, Chin shared an instance when she was called “maarte” in their previous vlog in Subic where they had to go to the sea, but the actress was apparently afraid of the water.

“You can’t force someone to like something, okay? Gano’n talaga ‘yon,” Kyle said in her defense.

These are just some of the hate comments the Kapamilya stars tackled but for sure there are still many out there with unkind words. The cyberspace is more accessible now than ever. But let us remember to spread positivity in these trying times, to whomever and wherever.

Watch their vlog below: