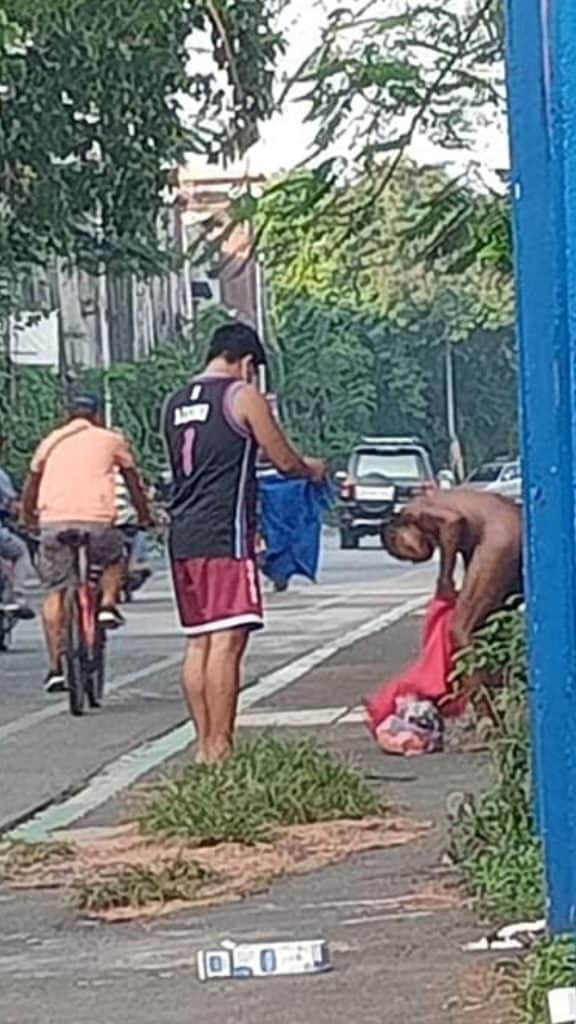 This couple went viral after giving food and clothing to a naked homeless man they met on the streets.

Facebook user LJ Adop on Thursday shared an appreciation post for her husband Wilfredo Aquino, uploading photos of the latter’s simple act of kindness towards the elderly man, which quickly made rounds online.

In an interview with STAR’s Latestchika.com, Wilfredo shared that he and wife were out on their motorcycle, running an errand for a relative, when his wife told him about seeing a homeless man who was wearing nothing.

Fortunately, the couple chanced upon the homeless man when they were already heading back home.

Feeling pity over the man’s situation, Wilfredo then thought of buying clothes from a nearby thrift store for him.

Even the ukay-ukay store owner decided to give them a pair of clothes after noticing that they were closely watching the homeless man wandering the streets.

“Wala din talaga akong pera eh,” Wilfredo said as he went on to share that he bought two packets of biscuits and a soft drink for the homeless man.

Wilfredo then brought the clothes to the elderly man who was sitting in front of the Caloocan City Sports Complex and personally clothed him.

That’s why he never expected that what he did would trend online.

“Nakakatouch po. Hindi ko po talaga i-expect na may ganun akong pictures,” said Wilfredo while relating he had no idea he was being pictured by his wife that time.

Wilfredo, a 24-year-old fire volunteer, admitted that there were netizens who still criticized him for what he did but he, nevertheless, is thankful to those who appreciated his simple gesture.