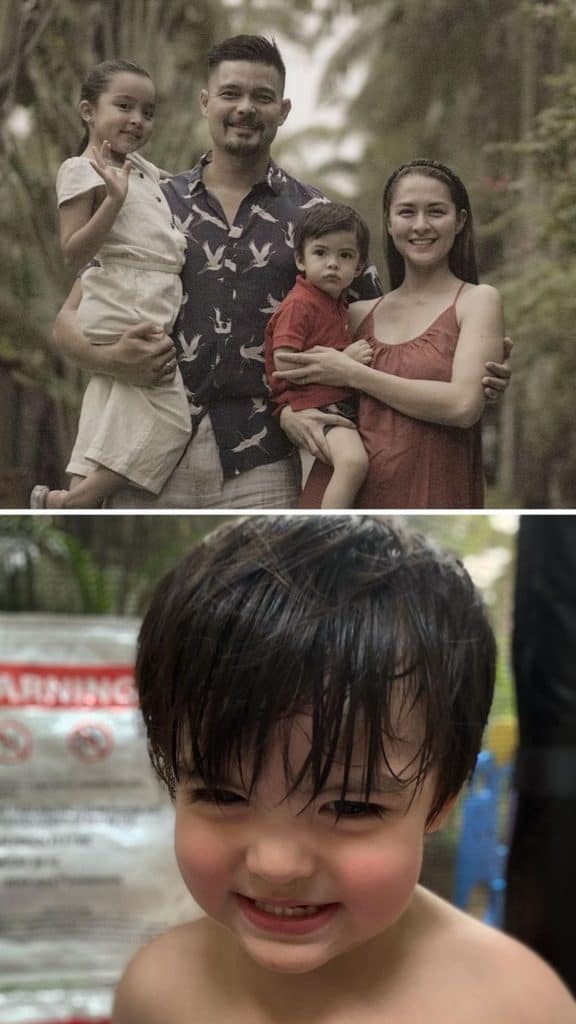 On Instagram, the happy dad made his followers’ day with an adorable photo of his son.

In the photo, the two-year-old showed off his rosy cheeks and baby teeth as he smiled from ear-to-ear.

The comments section under the photo, which has already collected 90,000 likes in just hours, were flocked with remarks on how handsome the celebrity couple’s bunso is.

Sixto turned two back in April. Just before his big day, Dingdong penned an emotional social media post about how time flew by so fast since the lockdown started.

“I couldn’t believe how time flies so fast that in a couple of days, you’ll be turning two,” he wrote.

The Kapuso star then promised Sixto and his eldest daughter Zia that they will impart in them “renewed and strengthened version of values and principles of humanity.”