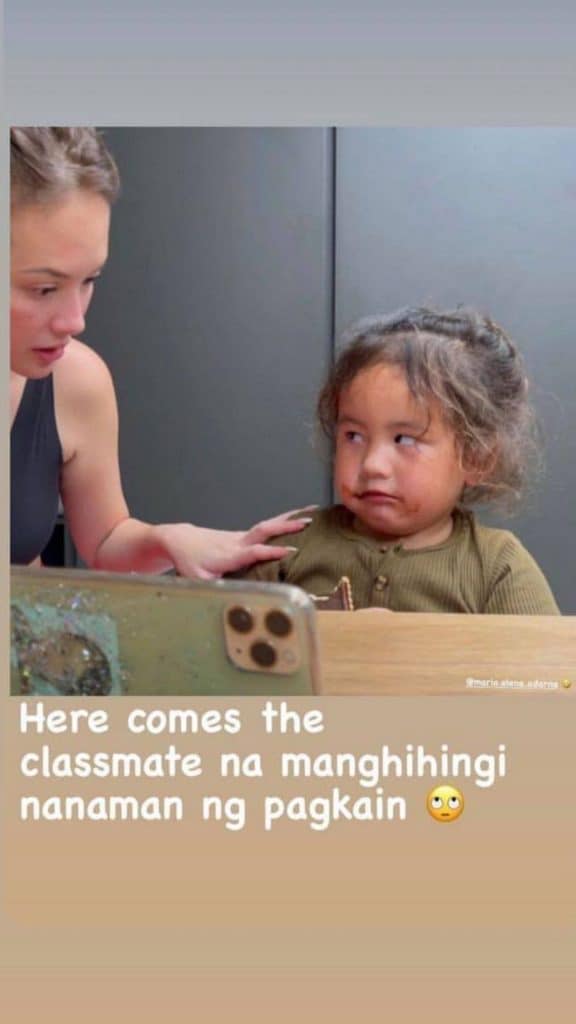 Netizens had hilarious reactions over Baby Elias being a “whole mood” when his mom took his food away from him.

Ellen Adarna on Wednesday shared on Instagram a video of her three-year-old son with ex-partner John Lloyd Cruz indulging in cartoons and chocolate biscuits.

Ellen later appeared in the scene, seemingly surprised that Elias was close to finishing a packet of biscuits.

“Too much na okay,” Ellen told Elias in the video as she put the biscuits away.

Elias obeyed his mom and gave her the biscuit, but not without giving her a meme-worthy look.

“My son is a Zen Master in controlling and managing his emotions. ? Low-key angry, high-key civilized,” Ellen said of her son’s epic reaction.

Elias’ “relatable” reaction has since generated memes online some of which were shared by the proud mother via Instagram stories.

Here are some of them: