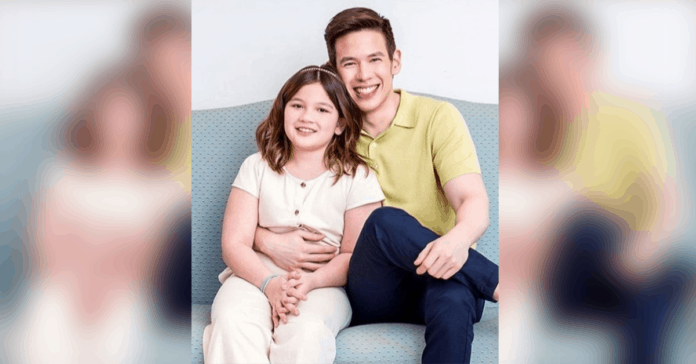 Jake Ejercito shares his ‘only regret’ as father to Ellie

Jake Ejercito revealed his biggest regret as a father to Adrianna Gabrielle or Ellie, his daughter to ex-girlfriend Andi Eigenmann.

Jake, 31, admitted that he missed his daughter’s early milestones because he was still in the middle of finishing his studies in Singapore at that time.

“I guess my only regret would be [that] I missed a lot of milestones. I couldn’t be there when she was born, when she learned to walk, her first day of school,” he said in an interview with Metro.Style uploaded last June 20.

A dad at the age of 21, the actor admitted that his life changed when Ellie, 9, came into his life.

“[S]o admittedly, back then, I was still quite self-centered, and my only worry was where to get my next drink,” Jake said, so “when I found out that I was already a dad, you know, my life took a 180-degree turn for the better.”

“I had a soul to take care of, to nurture, and I guess the biggest lesson was, in my case, to man up, be responsible,” he added.

In 2016, after all the media buzz, it was confirmed that he is the father of Ellie.

Jake admitted he and Andi have disagreements on co-parenting Ellie, but he said they do their best to prioritize their daughter.

“There were many ups and downs, a lot of phases. But I guess it’s because we became parents at such a young age,” he explained.

Jake also said to “learn how to compromise.”

Being a girl dad, he shared that he worries for his daughter and ensures that they have a good relationship.

“I want Ellie to trust and respect me rather than fear me. I want her to be open about everything. I want to be her best friend,” he said.