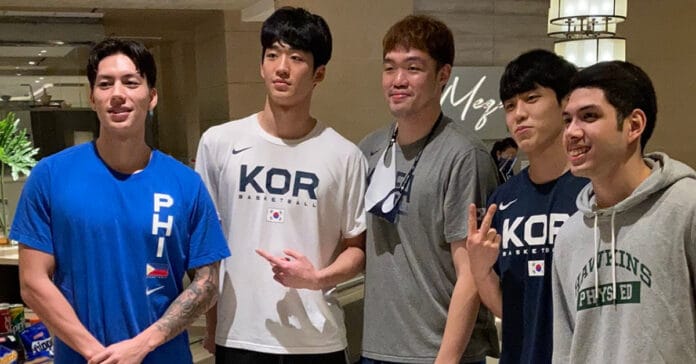 “Thanks for your support mga kababayan! But please no below the belt remarks to Korea! We respect Them Specially BTS! Army tayo!” Nieto added, later posting a picture with some of the South Korean players.

The plea came after fans of the Philippine basketball team left derogatory statements towards the South Korea team as well as slurring the popular Korean act, BTS.

Adding fuel to the fire was South Korean basketball team coach Cho Sang-hyun who said SJ Belangel’s buzzer-beating triple that lifted the team from a tie to a 81-78, seizing their first win, was a “lucky shot.”

However, fans of both sides expressed distaste over the entire ordeal.

In fact, Nieto and fellow Gilas player Dwight Ramos have been open about their love for the K-pop group from their past Instagram lives and stories.

In the same IG live last June 8, Nieto and Ramos even went as far as asking SMART Telecommunications for BTS photocards after the telecom released a collaboration with the K-pop group.

The myth of Gilas Pilipinas’s “lucky shot” was proven wrong on Sunday when the team went up against South Korea for the FIBA Asia Cup 2021 Qualifiers again, and snatched their second game with a 82-77 score.