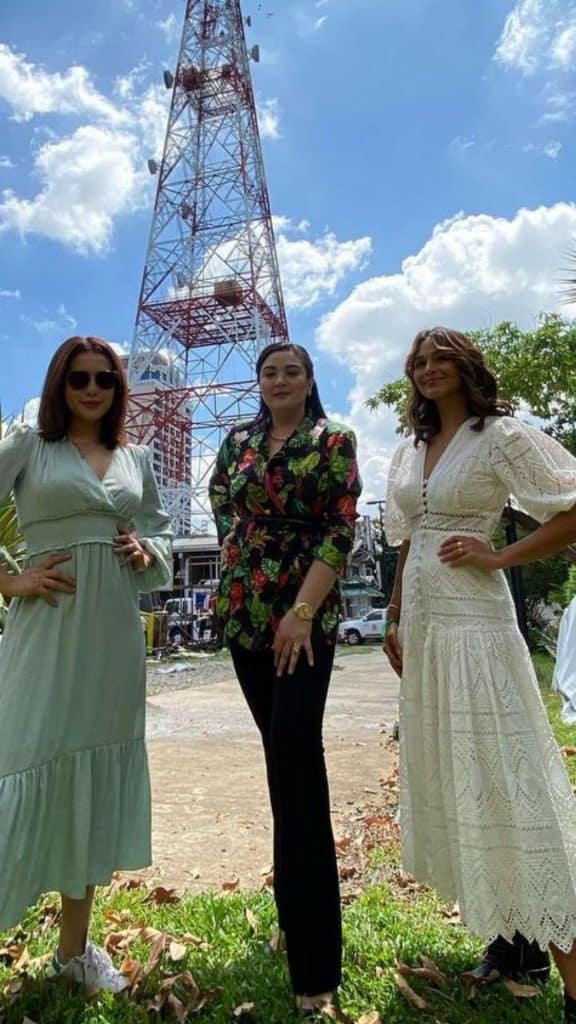 Sunshine Dizon got teary-eyed after being reunited with Karylle and Iza Calzado in the Kapamilya network.

“I’m so touched,” the 37-year-old actress squealed in excitement after she got a surprise visit from her Encantadia co-stars during her guesting in the June 14 episode of Magandang Buhay.

Encantadia is a popular fantasy series which aired in GMA in 2005, where Sunshine, Iza, Karylle along with Diana Zubiri played the roles of the four sisters or Sang’gres Pirena, Amihan, Alena and Danaya, respectively.

Sunshine posted a photo of their reunion on Instagram, which she captioned “Soul sister powers activate”, along with green, red and blue heart emojis.

Iza and Karylle, likewise posted the same photo in their own accounts, as a warm welcome for new Kapamilya Sunshine.

Sunshine transferred to ABS-CBN in April and is set to star in the Kapamilya series Marry Me, Marry You, alongside also former Kapuso stars Paulo Avelino and Janine Gutierrez.