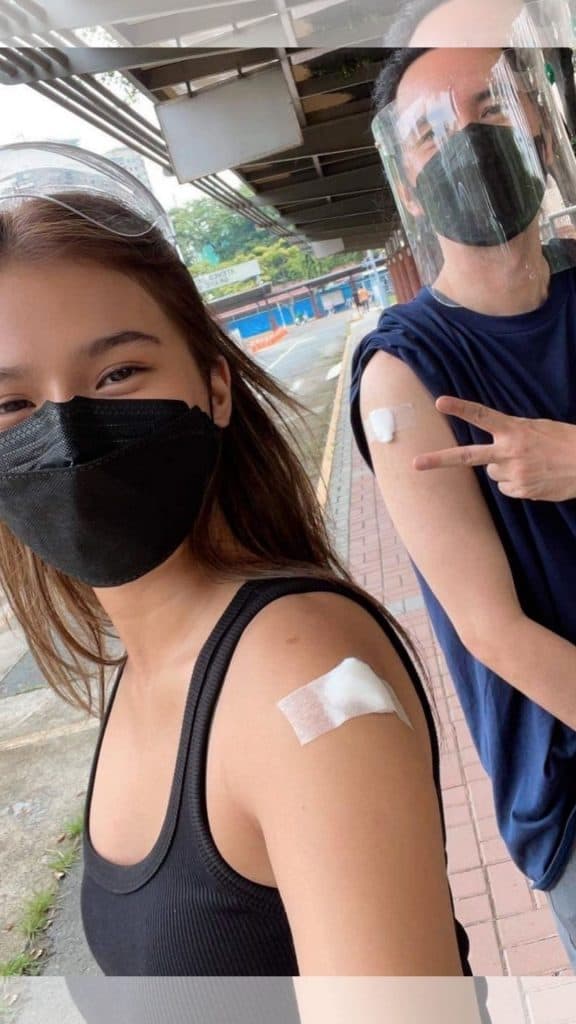 The 48-year-old rocker posted for the first time a photo of him with the 23-year-old actress on Instagram, after getting their first jab of the COVID-19 vaccine together on Saturday, June 12.

Maris, likewise, posted a photo of them together in her own Instagram account, encouraging her followers to get inoculated.

This is also Maris’ first time to post a photo with Rico after her birthday post for him in March that sparked dating speculations.

It was only late May when Maris confirmed her “obvious” relationship with the former Rivermaya frontman.

“Masaya naman po,” Maris said when asked how would she described her relationship with Rico in a recent virtual media conference.

The singer-actress also revealed that they are “preparing beautiful music together.”