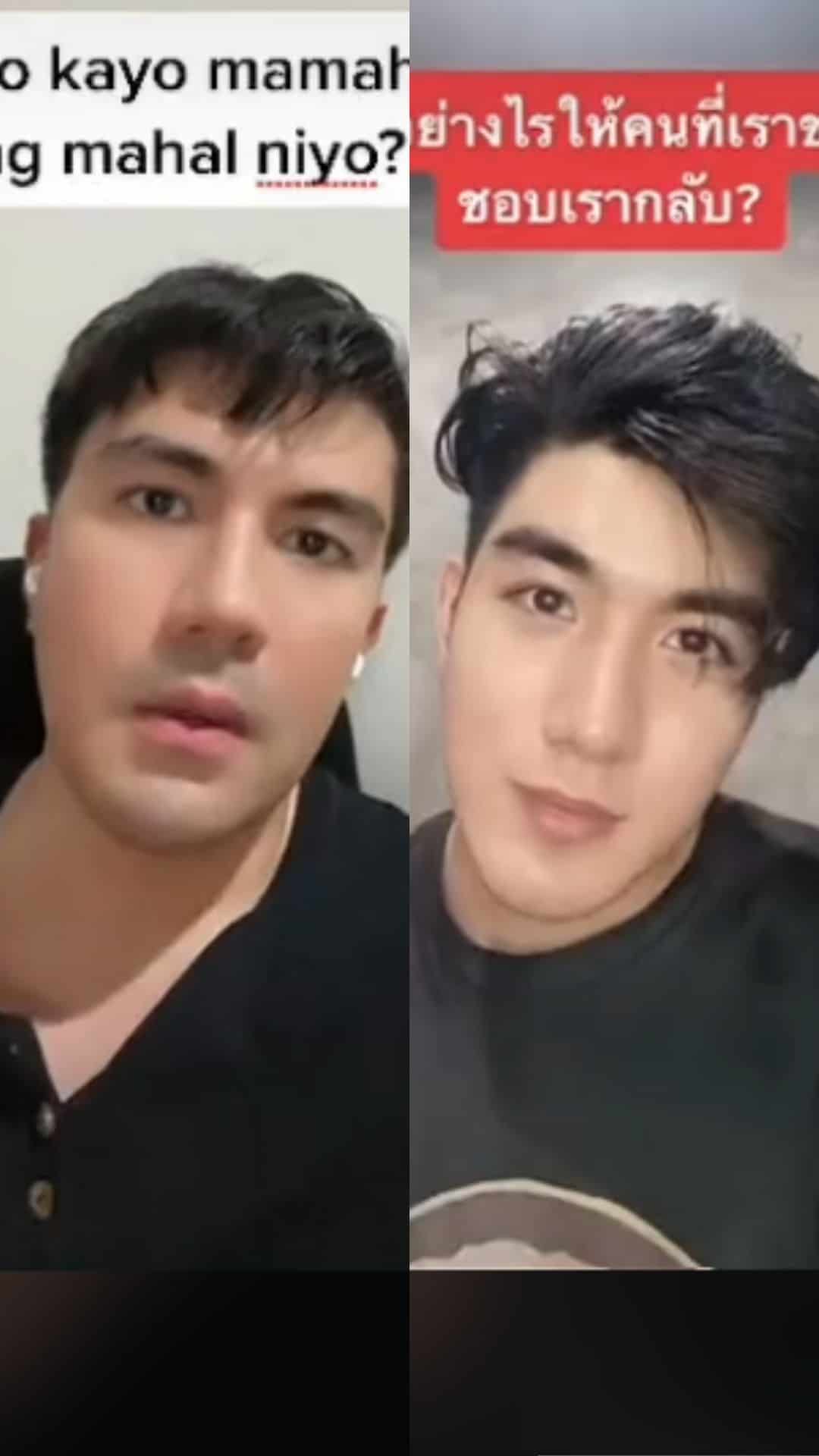 Luis Manzano brought fun to netizens after posting a video of him copying his “twin brother” Thai star Jirakit Thawornwong.

Netizens, in the comments section, shared a good laugh over the TikTok duet and noted the resemblance between the two.

“Kambal,” read most of the comments.

Luis and Jirakit even had brief interaction after the latter left comments both on the host’s Instagram and TikTok posts.

To which Luis replied, “Thanks bro!”

This isn’t the first time that netizens noticed that Luis and Jirakit can pass as siblings.

Back in May last year, Luis joked about meeting Jirakit in person.

“Hahahahahaha ok! Let me fly to thailand! Right @jirakitth_c or you fly here!” said Luis in a tweet.

Jirakit, 26, has appeared in several Thai drama series such as Ugly Duckling, Kiss: The Series, and U-Prince.