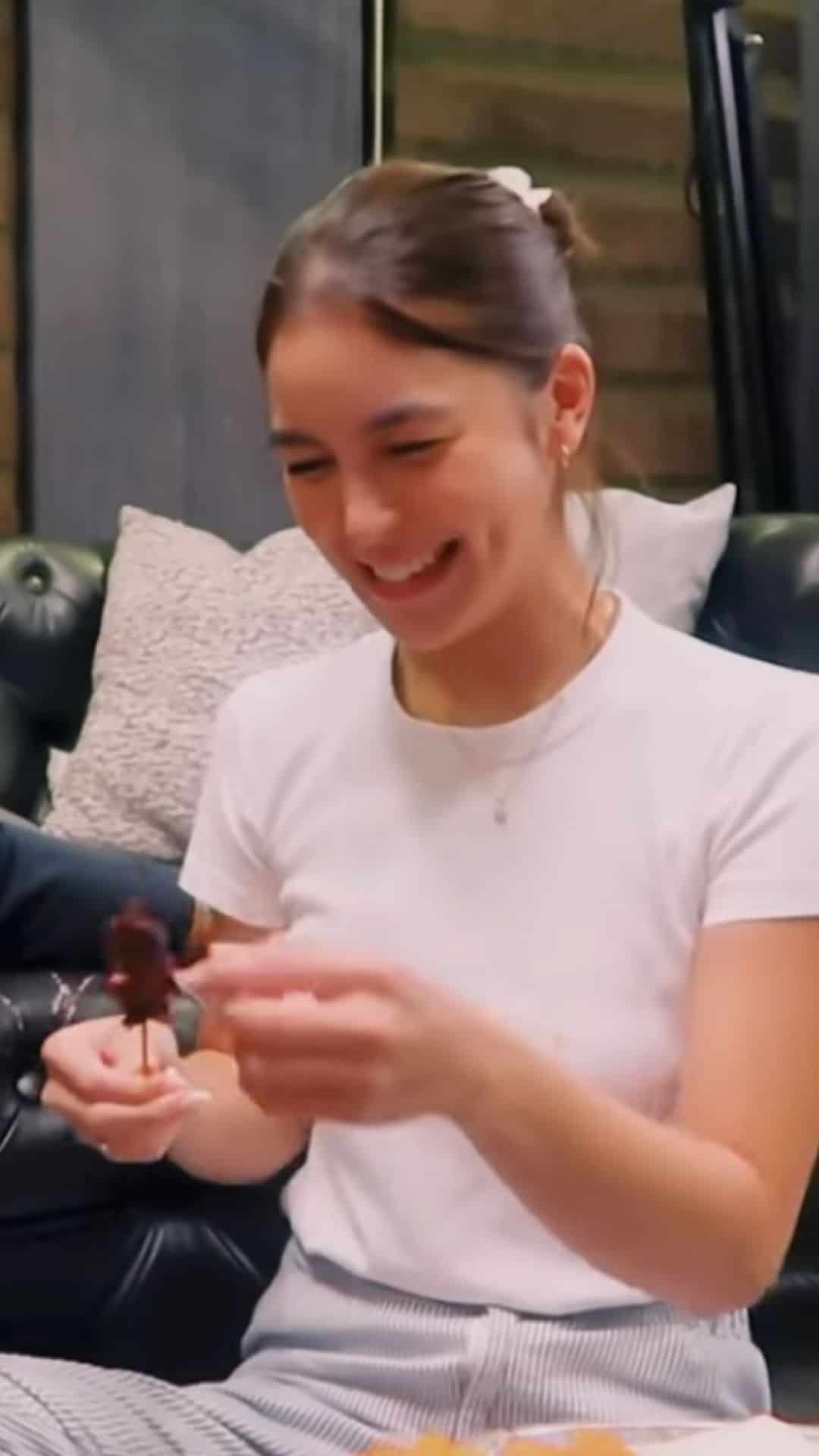 More “receipts” of Julia Barretto eating isaw before her vlog with Gerald Anderson have resurfaced, seemingly contradicting the actress’ remark about having her first bite of the street food just for her boyfriend.

It can be recalled that Gerald let Julia try different kinds of Filipino street food such as kwek-kwek, unripe mangoes and singkamas while he asked her personal questions in a vlog uploaded on his YouTube channel in April.

Julia also got to try isaw or chicken intestines which the actress said she never ate before.

“Never ever… only for you,” replied Julia.

“Actually, para siyang barbecue,” said Julia when she had a taste of isaw.

Netizens, however, found old clips of Julia that “proved” that she had already eaten the street food more than once.

One showed a clip of her eating isaw, saying that “it’s good,” while another was of her guesting in a Gandang Gabi Vice episode in 2014 where she and then love team partner Enrique Gil tried isaw and Betamax.

This led netizens to poke fun at Julia’s claims and wondered why the actress would “lie” about it.