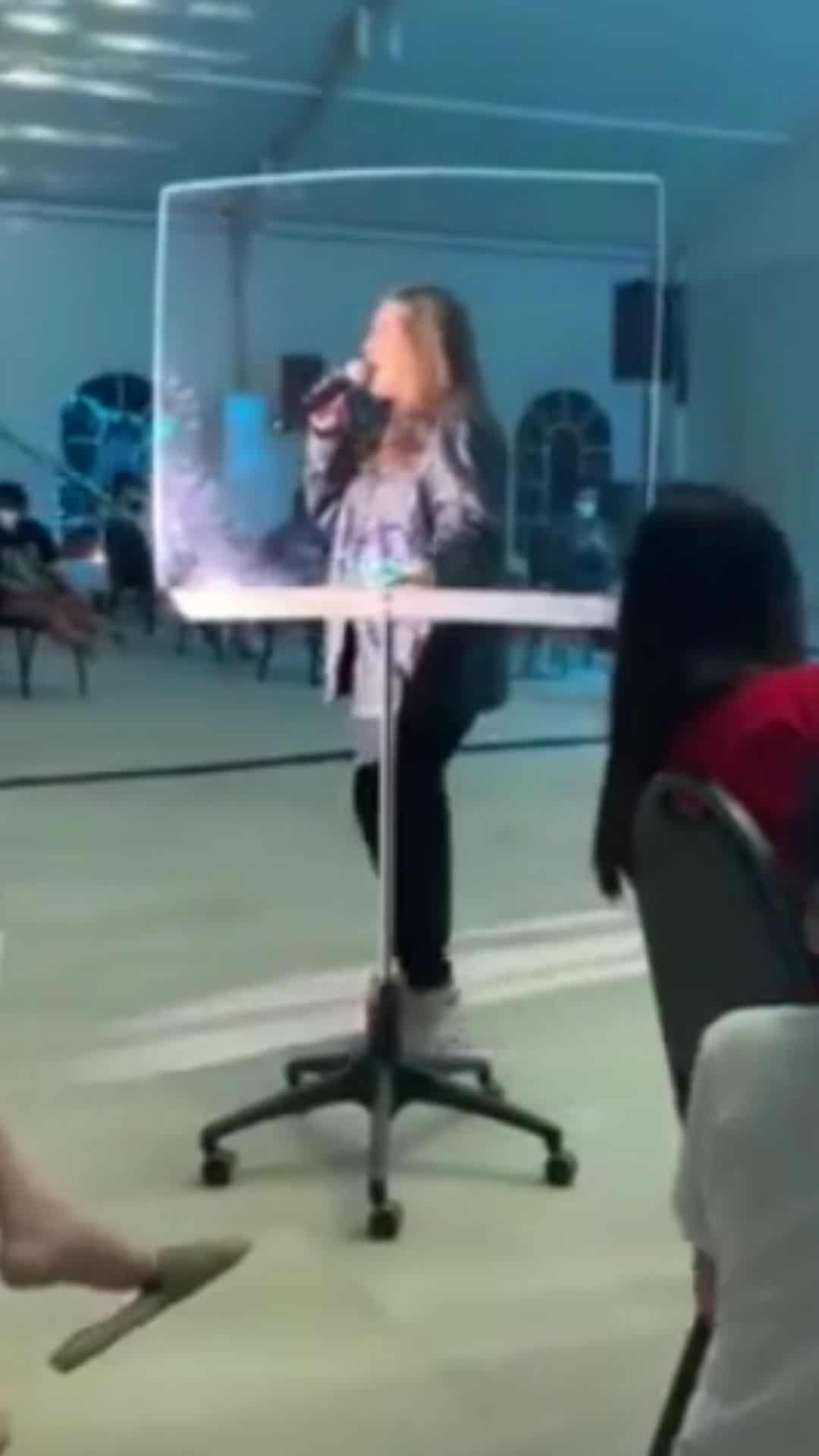 A video of Moira Dela Torre has gone viral after she was seen pulling around a “giant face shield” while singing to an audience.

On Tuesday, Moira made it to Twitter’s local trending topics as the clip of her performing her 2018 hit song Tagpuan with a “modified version” of the COVID-19 personal protective equipment made rounds on the internet.

The video, which was originally shared on TikTok, has now garnered more than 1.5 million views and has since earned mixed reactions from netizens.

Some poked fun at the huge face shield, and shared their witty and hilarious takes on how it should be called.

“Face shield pro max,” said one of the comments.

Others, however, took issue with the part where Moira handed her mic to one of the audience members.

The uploader, however, clarified that the video was shot in January at a private place during an event exclusive to a limited number of people only.

The uploader added that the guest had all undergone swab testing and observed social distancing.