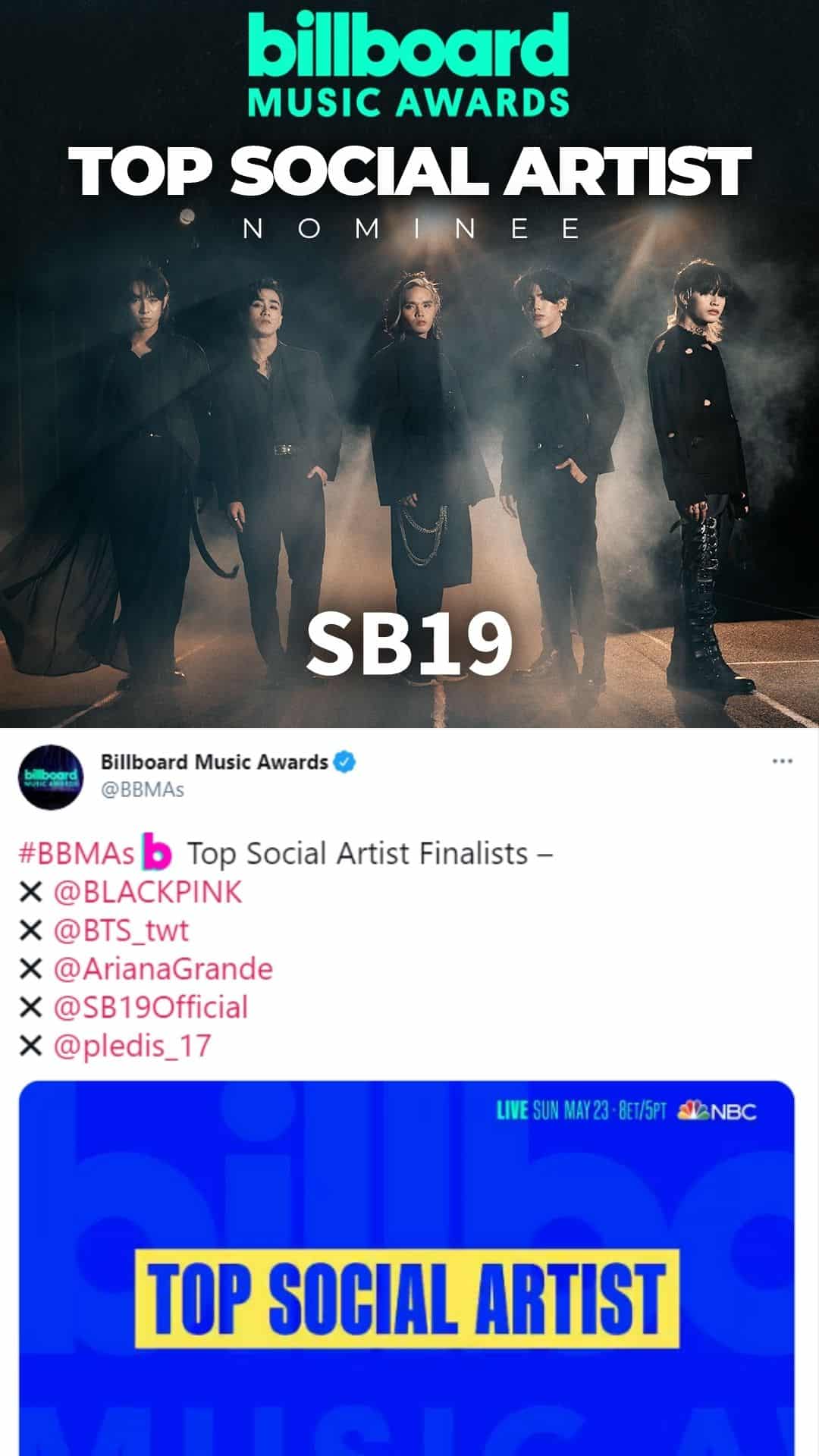 SB19 has just become the first-ever Filipino act to earn a nomination at the Billboard Music Awards!

The P-pop boy band was announced as one of the finalists in the BBMA’s Top Social Artist category during Billboard’s The Live List livestream on YouTube Thursday night.

The fan-voted Top Social Artist category is awarded based on major fan interactions such as music streaming and social engagement, as well as global online voting.

SB19 was quick to share their message of thanks to its fans, also known as A’TIN, on social media.

“We are so grateful for your love and support. We wouldn’t have come this far without all of you. A’TIN ‘TO,” wrote the group in a tweet.

The quintet, who was voted as the only Filipino in Billboard’s top Social 50 artists of 2020, released their hit single What? last March, which now has more than eight million views on YouTube.